To become the World Champion (succeeded).

To become World's #1 Blader in Japan (succeeded).
To save Shu (succeeded in season 2).
To beat Lain Valhalla (failed at Legend Festival final match later, succeeded in Legend Super Tag Team League along with his mentor Shu).
To be able to keep forward of his Beyblading career and his legacy (pending, seasons 3-6)

Courageous Competitor
The Chosen One

He is the founder and original leader of the Beigoma Academy Beyclub at his school. In Beyblade Burst Evolution, he is scouted by and joins the Spanish team BC Sol in the God Blader Cup. He currently battles with his Beyblade, Winning Valkyrie 12 Volcanic. He is the Number 1 Blader in the World after winning the God Blader Cup. In Beyblade Burst Super Z, Valt sets out on a journey to find the legendary Bey trainer, Taiga Akaba, who helps upgrade his bey into Winning Valkyrie. In season 4, Veteran Blader who possess his bey, Sword Valtryek. Later, he returns in season 5, with his bey Brave Valtryek.

Valt is quite short compared to other characters. He has water-blue hair that's held up by a yellow ellipse hairband, fair skin and brown eyes. He also has red markings on his left cheek below his eye; the upper marking appears lightning-shaped with an extra line emerging from it, and the middle and lower markings are right triangle shaped.

Valt's attire for the first two Burst anime seasons consists of a red short-sleeved hoodie with a yellow "V" emblem on the front, a light blue body warmer with cerulean borders over the top with a smaller black "V" on a black-borderd yellow circle design on the left side and a black-bordered yellow circle with a black Beyblade symbol on the back, blue rolled-up trousers, black fingerless gloves with yellow cuffs and yellow borders around the finger sleeves, and blue high top shoes with yellow quarter panels and white collars.

2 years later in Super Z, Valt has grown taller and sports a new outfit: a dark-blue shirt with white stripes, puffed-up collar and front zipper, a dark-electric blue and light blue body warmer with a yellow "V" on the left side and a yellow Beyblade symbol on the back, black gloves with blue cuffs and blue borders around the finger sleeves, blue pants with a brown belt and black shoes with white toe caps, soles and tongue.

Valt has a very childish personality, tending to clown around obliviously in his spare time. Valt has a habit of getting easily excited, as well as getting overconfident in his abilities, despite being a beginning Blader. Valt's tendency to be oblivious becomes a frequent gag throughout the series, including the time when he battled Zac in disguise and assumed it was only a dream (though he was really tired from training that day).

He is also extremely sensitive, as he gets angry when others insult him or his friends, and cries easily when upset. Valt is extremely hardworking when it comes to Beyblade practice, to an extent where he will undergo rigorous training to become a better Blader. He is also shown to have a vivid imagination and has some mediocre artistic skill, seen when he attempts to draw the beys from memory. This is also seen when he attempts to draw Xander Shakadera during the Team Tournament

Valt has also been seen to be very rash, preferring to charge into a situation without a plan, as seen during his first ever Beybattle against Rantaro Kiyama, where his Beyblade was sent flying out of the stadium due to battling without knowing anything about Beyblade. This is expanded in the anime, where Valt's nerves get the best of him and he closes his eyes when he launches, causing a bad launch.

Despite that, Valt is shown to be very tactical in his battles. After losing his first battle with Rantaro, he realized that his opponent was susceptible to barrage attacks, performing a Rush Launch to produce a counter spin and win the rest of the match with a Burst Finish.

It's been demonstrated several times that Valt possesses the ability to be mindful about his skills as well as to learn from his mistakes and correct them after he acknowledges his defeats. This is a trait he shares with Tyson Granger and Kai Hiwatari from the original series.

Another one of Valt's traits is his tendency to get caught up in his matches and create new launching techniques without even realizing it. During his match with Xander, Valt created the Sprint Boost, but had no idea he had done so until it was pointed out to him.

Valt is known for his social, outgoing demeanor and ability to make friends. And as a testament to his friendliness, he is also extremely forgiving and willing to look past people's misdeeds, as he forgave Daigo Kurogami for what he did to Valtryek in episode 5 and befriends him, and later forgives Naoki Minamo for using him and his friends in an experiment. But the example of this is when he weclomed his friend Shu back after defeating him in the God Blader's Cup and harbored no resentment towards him for what he did as Red Eye.

He is also known for his good sportsmanship; he generally doesn't care whether he wins or loses as long as he gets to have a fun battle. The best example of this was when he lost to the cruel Lui Shirosagi in the finals of the Individual Tournament due to Valtryek self-destructing via a crack in the Beystadium. When Lui demands a do-over, Valt simply states that he beat him fair and square and that he'll defeat him for real one day, showing that he has matured since the beginning of the first season.

Valt's favorite food is his mother's homemade bread: he especially likes nikuman (pork bun bread) so much that it moves him to tears.

Valt can't cook well, as he once carbonized a batch of Beyblade Bread, looking like a chocolate bread thingy.

It is well-known that Valt has a very strong connection with his Bey, Valtryek. He often talks to it and even seems to be able to hear and understand what his Bey is saying. He is also very protective of Valtryek, and becomes greatly upset when his Bey is either misplaced or stolen.

Valt suffers from stage fright at times. When put under the spotlight or in front of large crowds, he freezes up and walks like a wind-up toy. 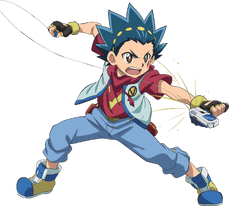 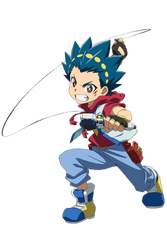 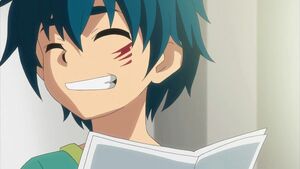 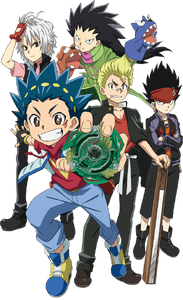 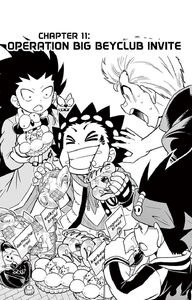 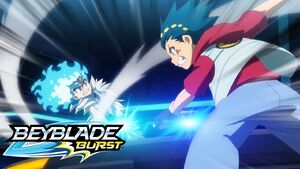 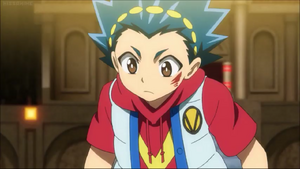