Heroes Wiki
Register
Don't have an account?
Sign In
Advertisement
in: The King of Fighters Heroes, Female, Video Game Heroes,
and 44 more

Vanessa (The King of Fighters)

The King of Fighters '99: Evolution

Help K' and her friends.

Vanessa is one of the supporting heroines from The King of Fighters series of fighting games.

Vanessa is a housewife who was secretly acts as a mercenary agent. Vanessa's husband was in the mercenary organization against NESTS, but he was killed in battle. After his death, Vanessa began boxing and eventually joined the organization. Working under the orders of Commander Ling, Vanessa and other agent Seth, are ordered to join the King of Fighters tournament. They are followed the footsteps of the NESTS cartel, and Ling and his agent persecuted them.

But later on, Vanessa recruited the main suspects, K' and Maxima, as her teammates. She is also scouted Mexican wrestler Ramón to complete their team. Despite her cold appearance and her husband's mourning, the cheerful Ramon may open her heart again. Since then, her goal has been to observe the activities of the NESTS defectors in accordance with Ling’s orders. Vanessa was originally intended to associate with others and even though she was a sentimental agent, Ramon only wanted to envy her.

After Ling was defeated, she became a free agent - imitated by Zero. Meanwhile, she revealed that she is an old acquaintance of Blue Mary's past lover Butch. Vanessa considered the positive definite and held her own life, but the work was really busy and take some time to improve this ideas. Vanessa, Mary, and Ramon participated in the tournament and received information about the broken Orochi seal and the mysterious members of Those from the Past.

Vanessa is a tall, beautiful woman with short red hair.

Vanessa is a woman who while enjoys the good lifestyle and journey to the bar for a drink. But she is able to keep her job a secret from family but she still appears to treasure them.

Vanessa on the SNK Wiki 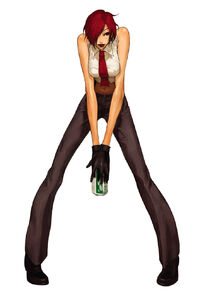 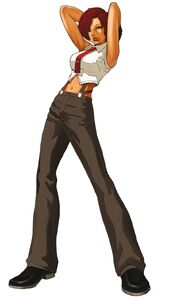 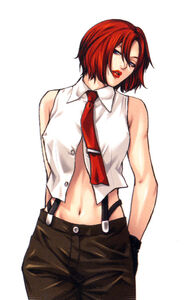 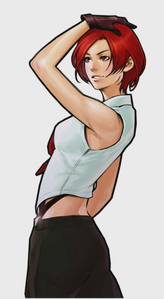 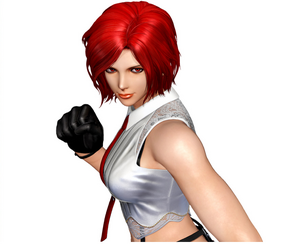 The King of Fighters XIV. 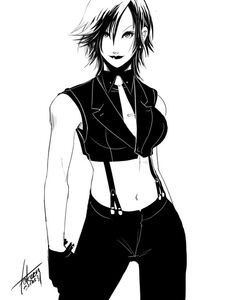