Varla Guns is one of the main heroes of The House of the Dead: Overkill.

The hottest stripper on the Bayou City club scene, Varla is also the older sister to crippled scientific genius Jasper Guns. She had been in search of Jasper when her brother went missing. Eventually she discovers the compound where Jasper was being held captive, but unfortunately for her Jasper had gone monstrous and was beyond reasoning so he had to be dealt with by Agent G and Isaac washington. Arriving just in time to see Jasper dead at hands of G and Isaac, she furiously yelled at the duo for killing Jasper.

But after understanding what really happened, she joins the agents to stop Papa Caesar, and a love triangle develops. By the end of the fifth chapter, she is kidnapped by Caesar and taken to the police compound. At the end of the sixth chapter she's shown tied up in an electric chair and then taken down an elevator by the true mastermind, Clement Darling. Later on, it's revealed that her still living brain had been taken out of her body and placed in a jar by Clement, replacing it with his elderly mother's brain. From this moment on, Varla remains silent, unable to do anything, though Clement claims that she's still alive. In the end, she's taken to an escape helicopter by G, who tells her that if she can hear him that she's the most beautiful woman in the world.

Varla's fate afterward is unknown. She may have lived out the rest of the series in the jar she was put in or maybe (though not likely) was killed by someone like Agent G in a mercy killing. Another possibility is that she will return either still a brain in a jar or in a new body. 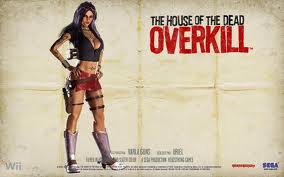 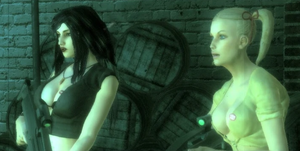 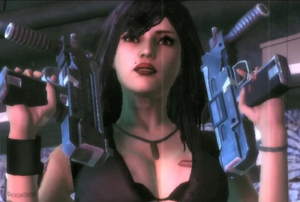 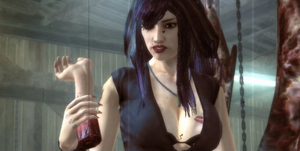 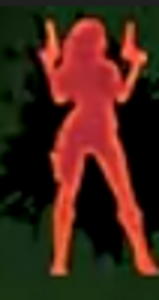 This article contains content derived from the "Varla Guns" article on the Wiki of the Dead, licensed under CC-BY-SA.