Save as many lives as he can.

Defeat the Gung-Ho-Guns, Legato Bluesummers, and his brother Knives (succeeded).

Vash the Stampede is the main protagonist of the anime/manga series Trigun. He is a mysterious, wandering gunman also known as The Humanoid Typhoon due to the destruction and chaos which surrounds him. Wielding a huge silver revolver, he travels from town to town. He is initially discovered by Meryl Stryfe and Milly Thompson, two Bernardelli Insurance Society representatives investigating claims made due to damages caused by the mysterious Humanoid Typhoon.

He is voiced by Masaya Onosaka in the Japanese version of the anime, and by Johnny Yong Bosch in the English version, the latter who also voices Lelouch vi Britannia, Ichigo Kurosaki and Renton Thurston.

Vash is not human, but a human-like Plant, inter-dimensional beings that are tapped as a source of power and energy. As a Plant, his body does not physically age past his mid-twenties, though he is 150 by the time the series begins. As "independent" plants, he and his twin brother Knives are capable of consciously using their immense energy to perform incredible destructive feats.

Vash and his twin brother Knives were discovered aboard a SEEDs ship by Rem Saverem, seemingly born from one of the Plants powering the ship. Rem raises them over the course of one year, where they quickly grow from infants to young children.

While experimenting with the ship's databases, Knives accidentally disrupts the navigation system, triggering an alarm and waking the dormant passengers aboard. Rem quickly corrects the system and sends the passengers back to sleep, but one awakened crewmember, Dr. William Conrad, discovers Vash and Knives. He agrees to keep their existence a secret after talking with Rem.

Knives and Vash later accidentally stumble across a restricted area aboard the ship, and there discover that they were not the first independent Plants to be born. Another plant, Tesla, had been studied by the crew aboard the ship, and subjected to continuous scans and vivisections that eventually led to her slow and painful death.

Knives falls into a shock-induced coma. Horrified, Vash locks himself away and declares his hatred of humanity. Afraid and feeling alone as one of only two independent plants amidst millions of humans, Vash attempts suicide. Rem intervenes, and Vash accidentally wounds her in the process. At first calmed by the sudden catharsis of hurting a human, Vash becomes horrified by what he has done and saves her. Rem shares her own troubled past and convinces Vash to have faith in the limitless potential for the future, and Vash gains a newfound respect for life.

Vash displays throughout both the manga and the anime two very distinct personalities. Initially, Vash usually exaggerates foolish characteristics to make people feel unthreatened and to hide his identity, as well as using these outrageous actions and chronic kindness as a way to mask his own pain (as noticed by Millie). He exhibits an almost obsessive love of doughnuts, engages in lecherous behavior, plays games with the local children and aids and befriends the adults, as well as making the occasional bizarre joke or quip (for example, upon meeting Wolfwood, he introduced himself as "Valentinez Alkalinella Xifax Sicidabohertz Gumbigobilla Blue Stradivari Talentrent Pierre Andres Charton-Haymoss Ivanovicci Baldeus George Doitzel Kaiser III"). He frequently voices the catchphrase, "This world is made of love and peace," which is usually complemented by his flashing of the Peace sign, much to the confusion of friends and acquaintences and the chagrin of his enemies.

Vash's other side is an utterly tormented and lonely being, and is rarely shown when he is in the company of others. Due to his long life and legendary (and infamous) reputation, Vash has lost both a great many friends and his only family. In several instances (as implied by Luida) people he trusted have either betrayed him or been killed for simply knowing him. For the 20 years between the loss of July and the revocation of his bounty he was a hunted man and frequently had to hide his identity and fend off waves of persistant bounty hunters. Thus, he is often prone to brooding and depression whilst alone or engaging in deep introspective thought.

A point of conflict in the series are the inner differences between Vash and Millions Knives, his twin brother, and their regard for humanity. Despite his long suffering and ill-treatment by human beings, Vash chooses to remain hopeful and loving toward humanity; whereas Knives has fallen into a deep-seated hatred of the entire race despite never personally suffering at their hands. Their personalities also have other key differences: Vash cannot stand the despair of being alone, whereas Knives revels in his loneliness and has no desire for any company other than Vash. 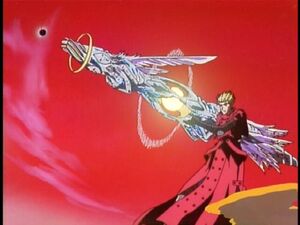 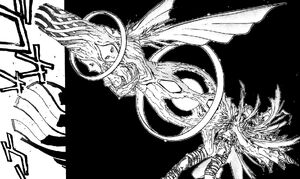 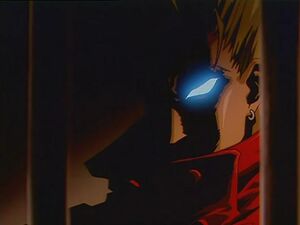 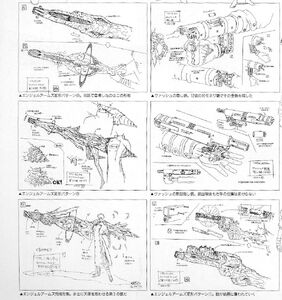 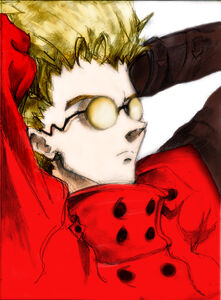 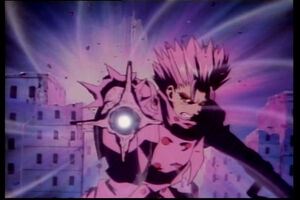 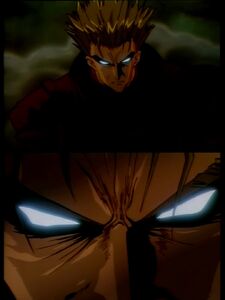 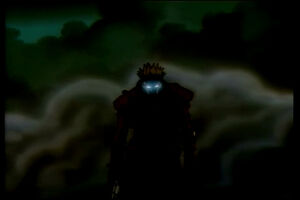 Vash being described as the diablo 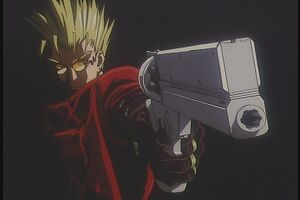 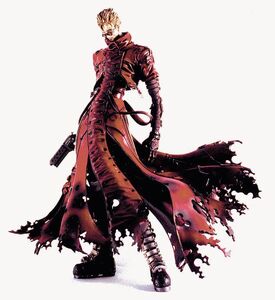 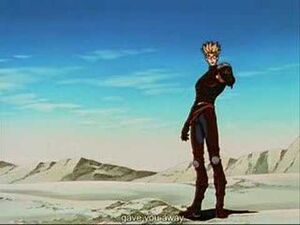 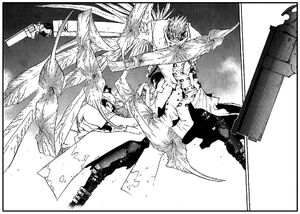 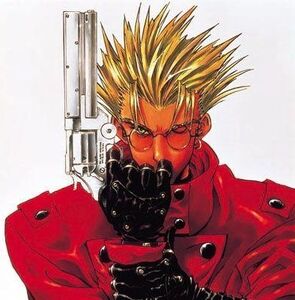 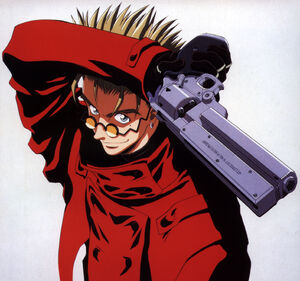 Vash with his gun 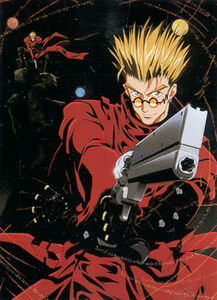 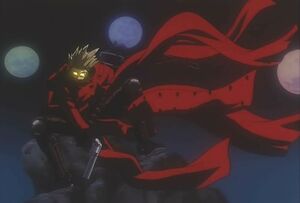 Vash's long coat
Add a photo to this gallery

Retrieved from "https://hero.fandom.com/wiki/Vash_the_Stampede?oldid=1699754"
Community content is available under CC-BY-SA unless otherwise noted.