Find a way off of the moon Wevo (succeeded).

Vernestra Rwoh was a member of the Jedi Order during the High Republic Era who was trained by Jedi Master Stellan Gios. She was a prodigy who passed the Jedi Trials and became a Jedi Knight by the time she was fifteen, an exceedingly young age.

Alongside Padawan Imri Cantaros and two children younger than her, Rwoh became stranded on the hostile moon Wevo when her transport ship was sabotaged by a pair of Nihil marauders shortly after the Great Hyperspace Disaster. Rwoh, although young herself, was forced to take the leadership responsibility. Together with the children, Rwoh was able to defeat the Nihil and escape the moon.

Despite her youth, Rwoh subsequently became the new Master of Cantaros, whose own Master had been killed when the Nihil sabotaged their transport ship. 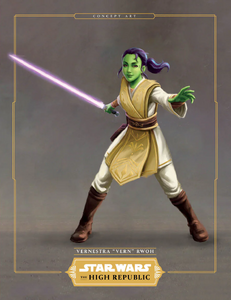 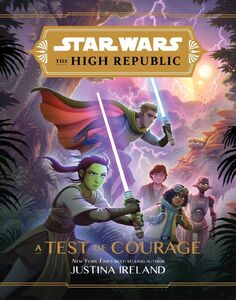 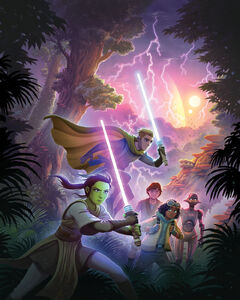 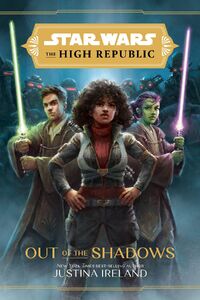