Succeeding Her Half Sister, Chloé (succeeded).

Zoé Lee is one of the tritagonists from Miraculous: Tales of Ladybug and Cat Noir. In season 4, she receives the Bee Miraculous from Ladybug, which, when inhabited by the kwami Pollen, can transform her into Vesperia, a bee-themed superhero, briefly succeeded her half-sister, Chloe Bourgeois, who was the current Bee Miraculous holder until she was manipulated by Hawk Moth.

She is voiced by Fily Keita in the French Version and Deneen Melody in the English Version.

Zoé is Chloé's half-sister from Audrey's side. She is an artistic young lady and aspiring actress from New York who came to Paris in order to live with her maternal family.

In "Queen Banana", she puts herself in harm's way to talk her sister down when latter becomes the titular villain. Impressed by her courage, she is given the Bee Miraculous by Ladybug, allowing her to transform into the new Bee heroine, Vesperia.

Zoé has blonde hair with hot-pink bangs on the left side, vivid azure eyes (similar to Marinette's) and light scarlet lips. She also has small freckles. In "Sole Crusher", Zoé's hair strand was originally undyed but she gets it dyed later in the episode by Rose and Juleka.

She wears a black leather jacket, a white top with a pink, cyan and yellow honeycomb flower on the front, and yellow pants. On her feet, her shoes have white shoelaces, toe caps, and soles. The sides of her shoes are decorated with blue, lime-green, and pink heart patterns with black outlines. There's a moderate apple green crown on the left side of her left shoe and a white skull on the left side of her right shoe. The midsole of the shoes seem to be decorated with different drawings that appeared to be drawn with a black permanent marker. The left shoe has a red heart drawn on the toe cap that reads "I ❤️ U". At the end of "Sole Crusher", her shoes get more drawings from her new friends. She also wears a black bracelet on her left wrist and a luminous vivid opal-colored beanie on her head.

As Vesperia, she wears a black and yellow swan-necked, bee and wasp hybrid formed-superhero jumpsuit. The upper part of the suit is black with yellow stripes with yellow forearms and hands with black fingers. She has a zipper at the front with a triangular yellow and black slider, making it look like she is wearing a jacket. The lower part of the suit is yellow with black stripes. She wears black boots with a yellow stripe at the collar, tongue and toecap and a black mask with yellow around her eyes. Her hair becomes braided with a black streak and her bangs are of equal length and black highlights. The Bee Miraculous is located right above of the base of her braid. She also has a black hair tie, similar to Chloé's as Queen Bee. The spinning top, her weapon, when not in use, is around her hips and is black with yellow stripes.

Zoé is a very sweet girl. She can be very caring and nice to anyone that crosses her way, being even able to make friends with someone she has just met, like Marinette Dupain-Cheng. She is also very forgiving, showing this in Sole Crusher, after Marinette trips and falls on her. Zoé is also very generous, as she gave to the taxi driver that took her to Le Grand Paris the baking goods that Marinette gave her, after hearing from her how her children love them. She is also shown to be creative, shown to dye her hair and customize her own shoes.

Her greatest dream is to become an actress, and she is very skilled at doing so. However, because she was constantly acting a role, much like Lila Rossi and her lies, Zoé ended up concealing her true self and, when she was not able to do it anymore, she ended up having no friends back in New York. After moving to Paris to live with her maternal family, she pretends to be like her mother and half-sister in order to please them and be accepted by them. She also wants to fit in, which is why she is always acting. After being deakumatized, she learned that the way she was acting was wrong, and decided to finally stop hiding her true self.

In "Queen Banana", at first she was hesitant in taking the Bee Miraculous knowing how Chloé would react and yet as Vesperia, most of Zoe's personality remains the same and she's proven to be very clever using her acting skills that led to her sister's downfall. She can also act in a flashy way, similar to Queen Bee, but always showing a much humbler side. According to Plagg, she is more refined, sweeter and nicer than Chloé. She had to have it because Chloe had revealed her identity.

As Sole Crusher, she is much more confident and refuses to let others boss her around. However, she is still willing to please Chloé, as she considers crushing Kitty Section just to be like her.

Zoé is very good at acting. In fact, she is so good she can convince others she possess a much different personality than the one she truly has, as she was able to convince her mother and half-sister she was just like them. In the episode Queen Banana, a scene from a movie shows her skillfully wielding a toy sword demonstrating that she has good fencing skills.

Zoé, as Vesperia, has the same abilities as the most recent Bee Miraculous holder, Chloé. She has enhanced physical characteristics such as speed, strength and agility. She also has the superpower Venom, enabling her to immobilize her opponents.

In "Queen Banana", Ladybug gives the Bee Miraculous to Zoé to help defeat her half-sister, Chloé who has been transformed by Hawk Moth into Queen Banana. She meet Pollen, the bee kwami, and transforms into Vesperia for the first time, using her power to stop Chloé so that she can be de-Akumatized. 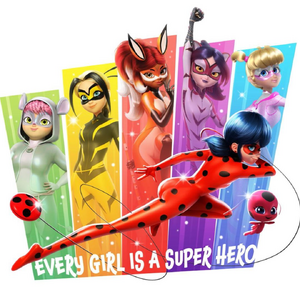 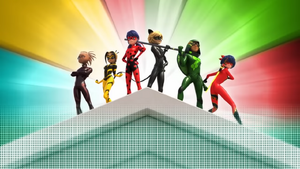 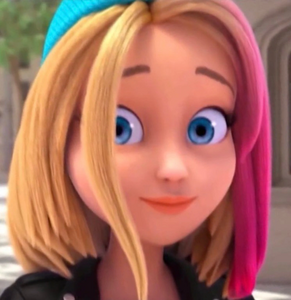