Starfighter
Vic Viper is the name of the main protagonist starfighter in  Gradius  series by Konami. The craft has been at the player's control in al most ten different titles, making it the series' flagship model and mascot. The ship has been renowned for both its remarkable adaptability and unique twin-pronged fuselage. The first Busou Shinki design competition, Bokushin(ボク神), champion was inspired by Vic Viper.(Anubis Version, from Zone of Enders), a sentient version of the ship later went on to star in the Parodius series.

The Vic Viper was created by the Gradius Empire as a means to counter the Bacterian Empire from invading their home planet (and solar system). The starfighter is built in with an array of weapons ranging from a standard cannon, to guided missiles and a laser. The space craft is also capable of producing up to four energy orbs called Phantoms that follow behind Vic Viper as the craft navigates space. In later installments, the starfighter can have its weapon setup modified with preset weapon setups or even ones created by the player's choice.

After visiting several different planets including one filled with volcanos and one containing a sentient, hostile version of Moai statues. The Vic Viper locates the aircraft carrier where the Bacterians are originating from. It manages to get through tight security before it finally reaches the power source, a large, manipulative brain. The starfighter manages to destroy the brain and in turn defeat the Bacterian forces, before it finally returns to Gradius, as its mission is accomplished.

The Bacterians return once more, bringing the same destruction as they caused in the former game, but this time under leadership of a entity known as Gofer. The Vic Viper, now a more modified version of it, is tasked again to track down and destroy the head of the hostile empire, but also having to go through several new environments and enemies, whilst revisiting old environments as well.

Eventually, the Vic Viper locates the Bacterian cruiser and after defeating a menagerie of old foes and infiltrating through tight security, the starfighter locates and battles Gofer, to which it destroys and beats a hasty retreat when the large cruiser begins to self-destruct. With the hope that the Bacterians are done for once more, Vic Viper returns back to its home planet.

Once more, the Bacterians return, and this time much more prepared than before, and under leadership of a massive being known as Bacterion. A new version of the Vic Viper is created to help counter the Bacterian Empire's new tactics of defense. This craft is now capable of using a custom load out of weapons unlike its predecessors, as well as a variety of new weapons.

After visiting 9 different planets (both new and old in the series), the Vic Viper locates the location of the Bacterian leader and battles through a menagerie of enemies, including several bosses from the previous titles and a giant mechanical spider. It eventually makes its way to Bacterion but is sent into a paradox where it must replay one of two levels from previous titles, it is then returned to the base where it confronts Bacterion once more, and manages to defeat the Bacterian leader and escape from the mechanical base before it self-destructs, it then heads back to Gradius to celebrate its third victor against the Bacterian Empire.

After enjoying a period of peace, the Gradius Empire is attacked once more by the Bacterians, this time under command of a dependent of Gofer. As usual, the Vic Viper travels across different planets with new and familiar landscapes defeating several Bacterian bosses along the way, eventually making it's way into the Bacterian's battleship and destroying the mastermind behind the attacks.

Once more, the Bacterian Empire attacks Gradius for the fifth time, Vic Viper is tasked to enter the battleship and destroy the commanding source (a brain entity similar to the one from the first game). Seeming to have taken a much shorter time then usual, it is instructed by a future version of the pilot to carefully navigate and destroy the main core simultaneously once they reach the source.

Afterwards, the fighters sent to seek out more Bacterian forces and bosses before coming to a dead end when it seems that the true source is now impenetrable, seeing the opportunity with the ship's new ability to travel back in time, the pilot willingly does so and travels back to the beginning to instruct their past-self to navigate through the interior of the cruiser and destroy the source simultaneously once they both reach it.

Upon confronting the source for a second time, the Vic Viper destroys the source fast and easily, but is warned by the entity that even if they destroyed them, the Bacterians would eventually return.

Vic Viper has the capability to use a variety of different primary and secondary weapons. Most of the weapons must be obtained using a power-up system, requiring the Vic Viper to collect capsules in order to activate them: 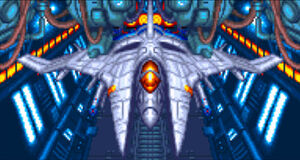 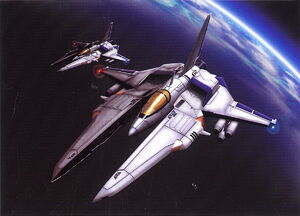 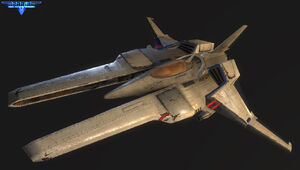 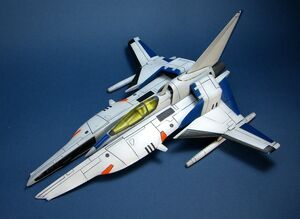 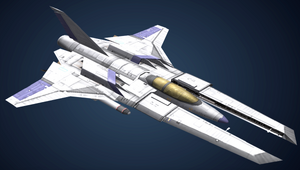 Retrieved from "https://hero.fandom.com/wiki/Vic_Viper?oldid=2035322"
Community content is available under CC-BY-SA unless otherwise noted.