Heroes Wiki
Register
Don't have an account?
Sign In
Advertisement
in: Article stubs, Male, In Love,
and 26 more

Being with Victoria.
Playing the piano

Get married to Emily (formerly).

He was voiced by Johnny Depp who also portrayed Captain Jack Sparrow and Willy Wonka.

He is a shy and clumsy, yet sweet young man, who accidentally propose to undead woman named Emily and gets "married" to her. He is the son of the fish merchants William and Nell Van Dort, who encourages him to marries his fiancée Victoria.

Victor Van Dort, the son of nouveau riche fish merchants, and Victoria Everglot, the neglected daughter of snobbish yet impoverished aristocrats, are preparing for their arranged marriage, which will simultaneously raise the social class of Victor's parents and restore the wealth of Victoria's penniless family. Both have concerns about marrying someone they do not know, but upon meeting for the first time, they fall for each other. After the shy Victor ruins the wedding rehearsal by forgetting his vows, he flees and practices his wedding vows in the nearby forest, placing the wedding ring on a nearby upturned tree root. The root, however, turns out to be the finger of a murdered woman in a tattered bridal gown named Emily, who rises from the grave as a zombie claiming that she is now Victor's wife. After fainting, Victor wakes up and finds himself spirited away to the Land of the Dead. The bewildered Victor learns the story of how Emily was murdered years ago by an unknown perpetrator on the night of her secret elopement.

He wanting to reunite with Victoria, Victor tricks Emily into taking him back to the Land of the Living by pretending he wants her to meet his parents. She agrees to this and takes him to see Elder Gutknecht, the kindly ruler of the underworld, to return Victor and Emily temporarily to the Land of the Living. Once back home, Victor asks Emily to wait in the forest while he rushes off to see Victoria and confess his wish to marry her as soon as possible, to which she gladly returns his feelings. Just as they are about to share a kiss, Emily arrives and sees the two of them together, Emily angrily drags Victor back to the Land of the Dead.

Victor apologizes to Emily for lying to her, and the two reconcile. Shortly after, Victor's recently deceased family coachman appears in the afterlife and informs Victor of Victoria's impending marriage to Barkis. He also overhears that, in order to validate Victor and Emily's marriage, Victor must repeat his vows in the Land of the Living and willingly drink the Wine of Ages, a poison, thus joining her in death. Fretting about having lost Victoria to another man, Victor agrees to die for Emily. All of the dead go "upstairs" to the Land of the Living to perform the wedding ceremony for Victor and Emily.

Emily stops Victor from drinking the poison and reunites him with Victoria. Barkis interrupts them, and Emily recognizes him as her former fiancé, who is revealed to be the one who murdered her for her dowry. Barkis tries to kidnap Victoria at sword point, but Victor stops him and the two men duel; the dead townspeople are unable to interfere with the affairs of the living. Emily intercedes to save Victor, and Barkis mockingly proposes a toast to Emily, unknowingly drinking the cup of poison. The dead, able to intercede upon Barkis's death, eagerly take retribution against him by dragging him to the underworld where he will atone for his crimes. Victoria, now a widow, is once again able to marry Victor.

Emily frees Victor of his vow to marry her, giving the wedding ring back to Victor and her wedding bouquet to Victoria before exiting the church. As she steps into the moonlight, she transforms into hundreds of butterflies as Victor and Victoria look on wrapped in each other's embrace. 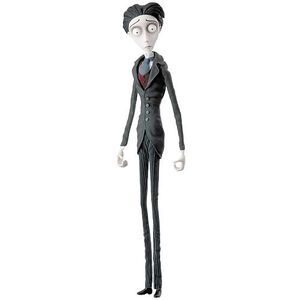 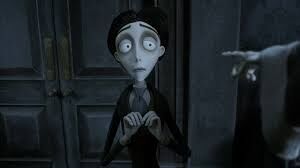 Victor gets his trouble for good 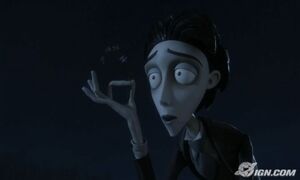 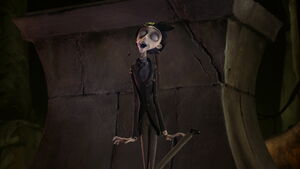 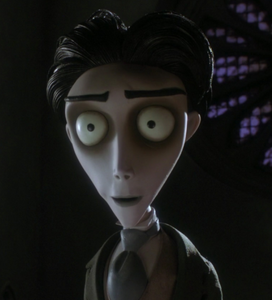 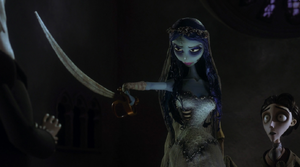 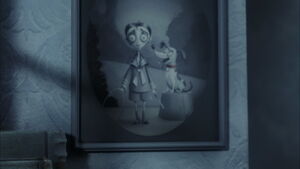