Various in The Secret Show

Doctor Doctor
The Imposters
The Floaty Heads
The Reptogators

Secret Agent
Victor Thomas Jefferson Volt is one of the main characters in The Secret Show, along with Anita Knight, Professor Professor, and Changed Daily. He is an American recruit of U.Z.Z., along with Kowalski and Kent B. Trusted (among a few other U.Z.Z. agents). He and Anita have appeared in all of the episodes. He is voiced by Alan Marriott, who also voiced Scoop, Travis, and Spud from the American dub of Bob the Builder.

Victor is a young man who is around the same height as Anita (though a bit taller) and Ray. He has black eyes and dark orange 1950's rockabilly style hair. He wears his signature blue U.Z.Z suit which consists of a blue long sleeved shirt and blue pants, a black utility belt and black shoes.

In "The Secret Room", though it is a bit difficult to see, he appears to wear a pair of pink colored underwear.

In "Secret Sleep", he owns a set of dark blue pyjamas.

In "The Wobble Men from Dimension Ten", he owns a set of green footie pajamas, as well as a green shirt with white sleeves and matching pants. On the front, there appears to be a lion on it (which are a bit too small on him).

Victor is one of the main protagonists of the show, being one of the two top agents of U.Z.Z. (first being Anita Knight) He was first chosen to be an agent at a comic book convention, chosen the way almost everybody was chosen (excluding Anita). He is also known for being Professor Professor's 'lab rat' as he is usually the one prone to his experiments. In "Victor of the Future", his future self takes over Changed Daily's position as U.Z.Z. leader.

Victor was recruited at a comic book convention, and has a love of comic books and video games in general. He currently works as one of U.Z.Z's top agents. His parents were secret agents as well. However, Victor was not aware of it until "The Wobble Men of Dimension 10", when Professor Professor mentioned it onstage. It is revealed in the episode "Victor of the Future" that Victor will take over Changed Daily's place as leader of U.Z.Z.

Victor is charismatic and curious. His attitude and maturity tends to vary depending on the situation. Most of the time he will act extremely immature and accidentally harm others (in most cases he will even cause most of the major conflicts of the show). He is a bit short-tempered and he is prone to losing his cool when things do not go his way. He is also arrogant and cocky as he dives head-first into the situation before he thinks.

In other situations, Victor can be extremely diligent and save the day. He can show jealousy whenever he feels bested by another person, such as with Alphonse and even Zack Meadows. He acts this way towards Zack Meadows because of his charming nature, and towards Alphonse for reasons unknown, (though this may be due to his charming nature, his flirting with Anita everytime they come into contact, or because Alphonse resents him).

Overall, he's very caring towards his friends and family, even going as far as to join his father in Dimension 10 in The Wobble Men from Dimension Ten and saving Anita from the Chef  in When Good Food Goes Bad.

Victor and Anita are partners who always work together to save the day, though they often tend to bicker from time to time due to Victor leading them into to trouble. Despite this, they are good friends (maybe even best friends) and can put aside their differences aside if needed. Victor seems to deeply care about her, such as in "When Good Food Goes Bad" when he tries to escape his prison cell to save her from being baked into a pie.

In Super Vic, he even goes as far as to call her his "best buddy" and decides to fight Eartha Quaker together rather than with out the cape, showing the bond between their friendship.

Victor and Professor Professor have a bit of a strained relationship due to Victor being used as a test subject in his "highly untested and totally dangerous" experiments, which usually end up in him getting hurt in some way. He finds him annoying and usually gets upset with him, either for asking whether or not he is still alive when clearly he is, or just generally being unhelpful when he needs him in dangerous situations.

The relationship between Victor and Changed Daily is unknown since they have not interacted much. But he does respect him as a leader and an authority figure.

Occasionally, Ray works with Victor (mostly as backup) but they have been shown to interact with each other from time to time, particularly in the episodes “Alien Attack”, where he is part of the vegetarian task force with Victor, and “The Secret Thing”, where he attempts to convince Ray to get into the U.Z.Z base without a pass, even though it ended up being an Impostor disguised as Victor. 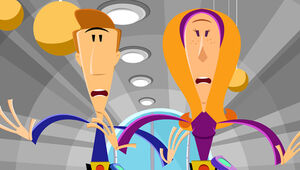 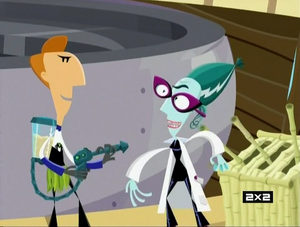 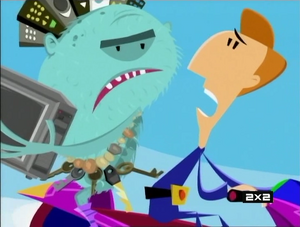 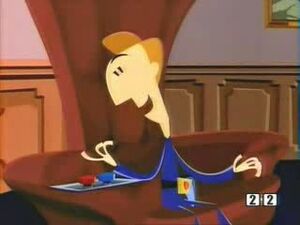 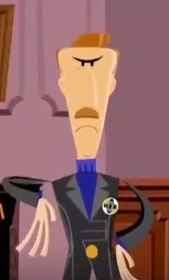 Victor of the Future 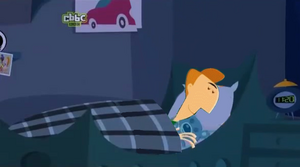 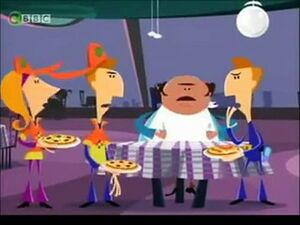 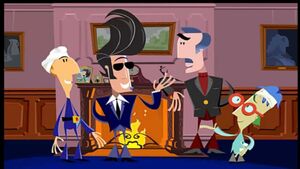