To save Sylvia from The Omnipotent Emperor King Blue and Escape in the Movieland (succeeded).

Viewtiful Joe is the red-costume Superhero version of Joe, an average movie lover whose world was turned upside-down when he found himself brought into the World of Movies.

He is voiced in Japanese by Tomokazu Seki in most of his appearances and by Shinji Kawada in Tatsunoko vs. Capcom: Ultimate All-Stars, and in English, he is voiced by Dee Bradley Baker in the first three Viewtiful Joe games, Jason Palmer in the anime, Darrel Guilbeau in Marvel vs. Capcom 3: Fate of Two Worlds and Ultimate Marvel vs. Capcom 3, and Zach LeBlanc in Puzzle Fighter.

Joe was just a 17-year old average movie lover, and an especially big fan of Tokusatsu movies starring his icon, Captain Blue. He would always head to an old movie theater, which was run by his father, Jet Black, to watch Captain Blue movies. One day, he was there on a date with his girlfriend, Silvia, watching a Captain Blue movie, when suddenly, the villain reached out of the movie and kidnapped Silvia! As Joe watched, the hero mecha, Six Machine (Machine Six in the English dub of the anime.) was also knocked out of the movie, and brought Joe in with it!

Inside the movie, Joe is given a V-Watch by Captain Blue and sets out to save both Silvia and Movieland! 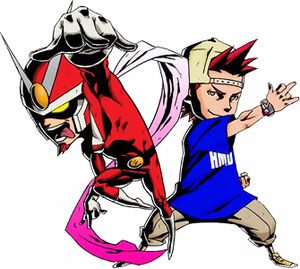 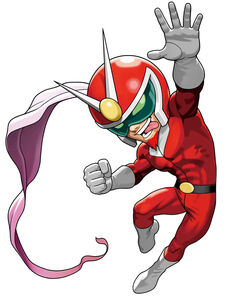