Call of Duty: World at War

Get revenge on Dragovich, Kravchenko and Steiner (succeeded via Mason)
Help Mason escape Vorkuta (succeeded, at the cost of his life)

He is voiced by Gary Oldman, who also portrayed James Gordon in the Nolan Batman series, Sirius Black in the Harry Potter films, Jacob Marley, Bob Cratchit and Tiny Tim Cratchit in 2009s A Christmas Carol. in Black Ops 4, he was voiced by Piotr Michael, who will voiced Jason Hudson in Call of Duty: Black Ops Cold War, and also voiced Sarge in Kingdom Hearts III and he was Count Dracula in the 1992 movie Bram Stoker's Dracula.

Reznov first appeared in World at War, as a Sergeant in the Red Army. He appeared throughout World at War 's Russian campaign as a compatriot of the player-controlled Dimitri Petrenko. Reznov and Petrenko lead the Red Army's assault on Stalingrad and were instrumental in the death of Nazi General Heinrich Amsel, and later were heavily involved in the Red Army's advance through Germany to Berlin. During the Battle of Berlin, Reznov watched Petrenko raise the Russian flag atop the Reichstag.

Months after the end of World War II, both Reznov (now promoted to Captain) and Petrenko were members of Unit 45 of the 3rd Shock Army, under the command of Major General Nikita Dragovich and Colonel Lev Kravchenko, to capture Freidrich Steiner, an ex-Nazi scientist who developed a deadly nerve agent known as Nova-6. However, they were betrayed, and Dragovich tested the poison on them, then made off with Steiner and the Nova-6. Reznov managed to escape, but Petrenko was not so lucky, and soon succumbed to Nova-6.

Reznov was later captured and imprisoned in the Vorkuta prison camp. After spending nearly two decades in Vorkuta, Reznov befriended Alex Mason, a former U.S. Marine and CIA operative, who'd also dealt with Dragovich, Kravchenko, and Steiner; he had, in fact, been brainwashed and was intended to become a Soviet sleeper agent able to understand numbers broadcasts, and with the goal of assassinating the American President, John F. Kennedy.

But after Mason was thrown into Vorkuta, Reznov sabotaged Mason's programming and re-programmed him to go after the three. Reznov and Mason would rally the other prisoners and would successfully overthrow Vorkuta. However, Reznov wasn't able to make it out, and was killed (cause it currently unknown, but it's assumed that he was killed during the escape).

Five years later, however, in 1968, Mason (now a member of the MACV-SOG) begins seeing visions of Reznov, first believing him to be a Russian defector in Hue City, Vietnam. The imaginary Reznov accompanies Mason during his entire quest to eliminate Dragovich and his men, in Vietnam, and into Laos, where they encounter Kravchenko.

During Mason's interrogation, Hudson and Grigori Weaver revealed that the real Viktor Reznov had been dead for five years, having been killed in the escape from Vorkuta. Having brainwashed Mason, Reznov was able to complete his personal objective of killing Dragovich, Kravchenko and Steiner; leading Mason to become obsessed with pursuing them in spite his other objectives, inadvertently continuing Reznov's posthumous legacy. The Reznov witnessed by Mason was a guardian angel-like hallucination, possibly developed by multiple personality disorder.

After Mason finally killed Nikita Dragovich, he heard the voice of Reznov commending him for doing what Reznov himself could not do and for completing his legacy.

After his death, Mullah Rahmaan betrayed Mason and his team, and they are left to die in the desert. Mason apparently saw Reznov on a horse coming to rescue them, but Woods later tells Alex's son, David, that it wasn't him. 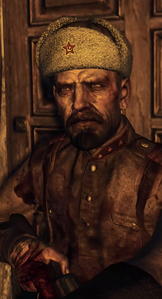 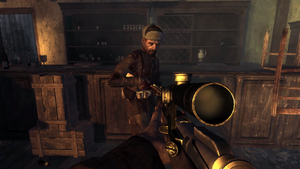 "This Place... Once echoed with conversations of friends and lovers, No Longer... Mark My Words Comrade, We will take the fight to THEIR LAND, To THEIR PEOPLE, To THEIR BLOOD..." - Viktor Reznov to Dimitri in "Vendetta". 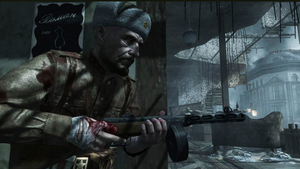 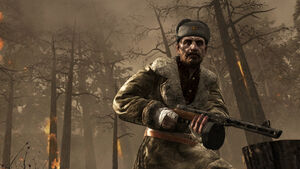 Viktor Reznov during the push towards Germany in World War II. 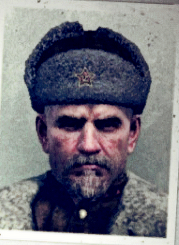 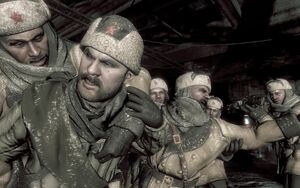 Reznov and Dimitri being betrayed by Dragovich, being forced to test Nova 6 gas. 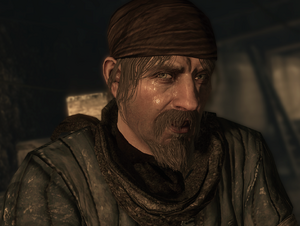 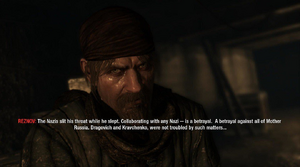 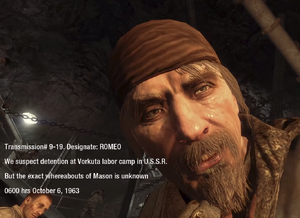 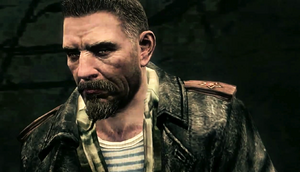 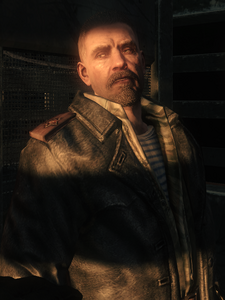 Mason as Reznov on Rebirth Island. 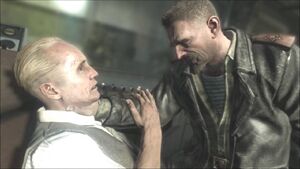 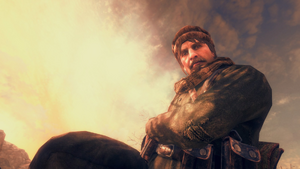 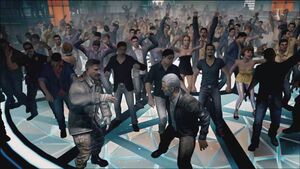 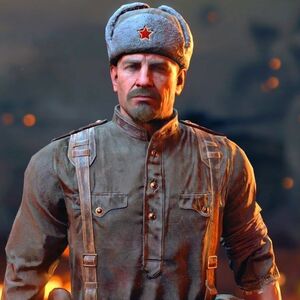 Viktor Reznov as an Archetype. 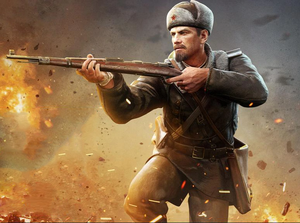 Reznov in the season nine pass of Call of Duty: Mobile.
Add a photo to this gallery

Retrieved from "https://hero.fandom.com/wiki/Viktor_Reznov?oldid=2140224"
Community content is available under CC-BY-SA unless otherwise noted.