Help Tanya Degurechaff win the war and aid her in achieving their goals in succession.

Right-Hand Servant of a Villain

Viktoriya Ivanovna Serebryakov a.k.a Visha is the deuteragonist in the Youjo Senki: Saga of Tanya the Evil anime/light novel series. She was originally a conscript mage in the Empire's Cadet Corps. During the battle of Rhine, she was assigned to the member of Platoon 3 under Tanya's leadership. After she was sent to OCS and completed her crash course, she served as Tanya's adjutant.

She is voiced in Japanese by Saori Hayami and in English by Jeannie Tirado.

Always seen in her military uniform; has a C-Cup bust and slightly sexy body.

Visha always thinks positive when it comes to interacting with her superior, Tanya Degurechaff; never doubts, and trusts her every word. She always cares about the conditions of her companions and friends.

She is originally from the Russy Federation, but something happened in her past that caused her to move to the Empire. Although she came from that country, she is always loyal to the Empire and will even risk her life to protect it. 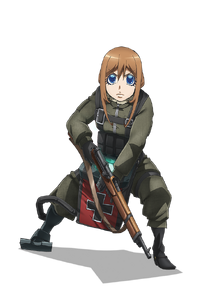 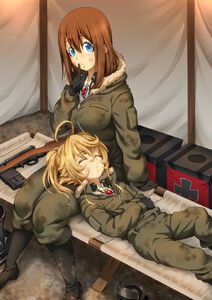 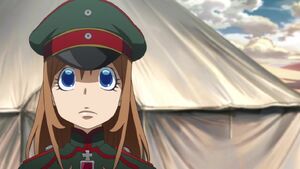 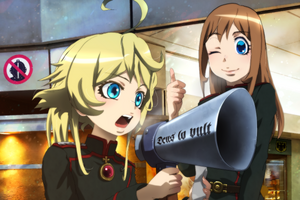 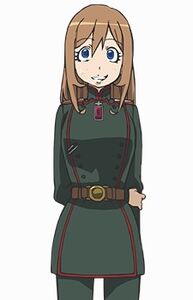 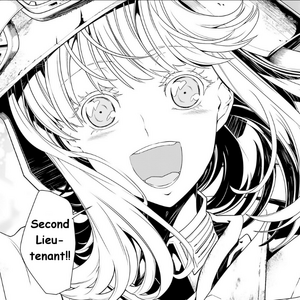 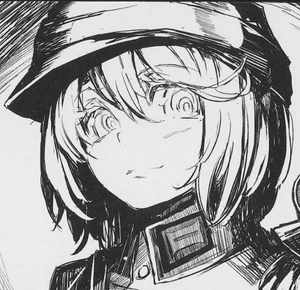 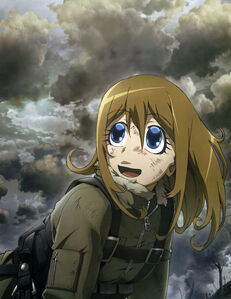 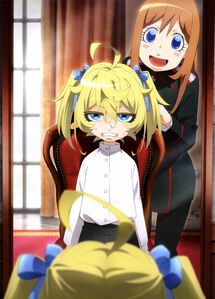 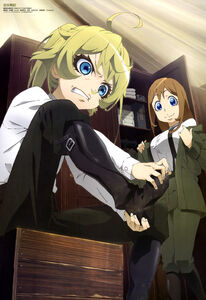 Retrieved from "https://hero.fandom.com/wiki/Viktoriya_Ivanovna_Serebryakov?oldid=1867962"
Community content is available under CC-BY-SA unless otherwise noted.