Avatar
The Villager is the main protagonist in the Animal Crossing series and a newcomer in Super Smash Bros. 4.

Their fighting skills involves summoning items and using them against the other fighters.

History of the meme

It all started when he was in Super Smash Bros. 4's announcement trailer. His "stare" face appeared after he caught Mario in his net. The reason why he was thought of as a psychotic killer is because one of his attacks is using an axe.

In New Leaf, the maximum number of villagers in total is ten, though the tenth can only be accessed by either having one move in from a friend's town, using the amiibo cards, or the campsite. Villagers can now both water and plant flowers, shake trees, read the bulletin board and sit on benches and stumps, and in addition pictures and dating gossip are brought back. Other events are also gossiped about, such as when other villagers are planning to move or are ill.

Past villagers that have moved out may periodically appear on Main Street. Though these villagers can't be recruited back to the player's town from these interactions, they will speak about their time there among other topics. Villagers who have left may return to the town, but only after sixteen other villagers have moved in and then moved out of the town. 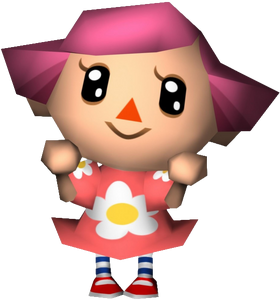 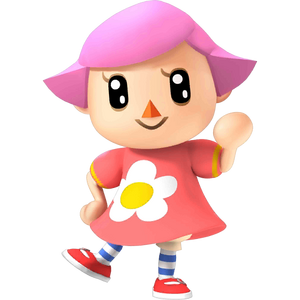 Male Villager as he appears in Super Smash Bros. Ultimate.

Female Villager as he appears in Super Smash Bros. Ultimate.
Add a photo to this gallery

Retrieved from "https://hero.fandom.com/wiki/Villager?oldid=1681857"
Community content is available under CC-BY-SA unless otherwise noted.