Vincent Kennedy McMahon is the deuteragonist from the WWE who hires and fires WWE superstars and general managers from the universe, but in a movie of Scooby-Doo! Wrestlemania Mystery, Vince McMahon serves as one of the main characters.

He is voiced by himself.

When Vince McMahon frees Scooby who claims his innocence, he hired Kane to fight Scooby, Vince later says to the publics "Welcome to Wrestlemania", he encourages Scooby and Shaggy to fight opponents, as the Ghost Bear was revealed to be Cookie and sent to prison for life, Vince offers Ruben a spot for the repair for the title belt, he congratulated Scooby and Shaggy for defeating Cookie.

Vince McMahon also appeared in Scooby-Doo! and WWE: Curse of the Speed Demon as one of the supporting protagonists, he recruits the Mystery Inc. to help the wrestlers to stop Inferno from ruining the Monster Truck Race, with the help from The Undertaker, Vince McMahon has never had to worry about his daughter after the Mystery Inc. and Team Taker won the race by default as Triple H and Stephanie got arrested. 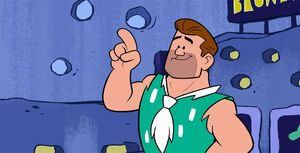 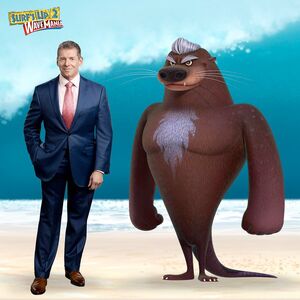 Vince McMahon as a mammoth in Surf's Up 2: WaveMania 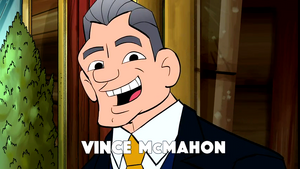 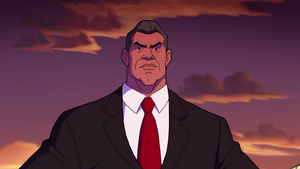 Scooby-Doo and WWE: Curse of the Speed Demon 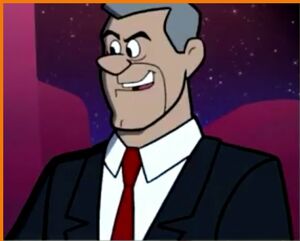