End all remnants of Jenova.

Vincent Valentine is an optional playable character in Final Fantasy VII, and the main protagonist of Dirge of Cerberus -Final Fantasy VII-. A former Turk with a mysterious past, Vincent's secrets tie him directly to several of the Compilation of Final Fantasy VII's main antagonists.

His Japanese voice actor is Shōgo Suzuki, and he is voiced by Steven Jay Blum in English.

Vincent has crimson eyes and long black hair. He wears a red bandanna with his fringe emerging over it. Vincent's most distinctive feature is his red cloak, held in place over his shoulders and lower face by several buckles. Underneath his cape Vincent's attire is black leather with several straps and buckles. Vincent wears a holster for his gun strapped to his right thigh, and pointed golden sabatons on his feet. He wears a golden gauntlet on his left arm.

Dark and brooding over his past experiences, Vincent conceals many secrets. He speaks in a cryptic manner when he talks about his past, calling his traumas "sins". Despite his cold personality, he is not uncaring; at a point where Cloud admits he thought Vincent does not care about the Planet, Vincent states that is just how he is, and apologizes for the false impression.

Vincent despises Professor Hojo for his immoral actions, and it is the promise of meeting him that stirs Vincent to accompany the party in Final Fantasy VII. Vincent is reluctant to speak, although when he does, he typically has something important to say.

Vincent was a member of the Turks, then known as Shinra Electric Power Company "Department of Administrative Research". When he was assigned to supervise the Jenova Project in Nibelheim, he fell in love with a scientist named Lucrecia Crescent, an assistant to Gast Faremis. When he discovered her link to his deceased father, Grimoire Valentine, Lucrecia distanced herself from Vincent and entered a relationship with her associate, Professor Hojo. Lucrecia became pregnant and Hojo planned to use the fetus as a test subject for the Jenova Project.

Vincent objected to the use of humans—especially Lucrecia—as test subjects. In the interest of science Lucrecia proceeded with the treatment and became sick as a result. Vincent confronted Hojo in the Shinra Manor's underground laboratory, and amid the heated argument Hojo shot Vincent in the chest. Hojo used Vincent's half-dead body as test subject for experiments involving strengthening the endurance of the human body and metamorphosis, enabling the body to transform into various monstrous forms. While Hojo made Vincent's body stronger, the experiments failed because Vincent, though still living, remained in a death-like state.

As a last resort to rehabilitate him, Lucrecia infused the Chaos-tainted Mako into his broken-down body. The procedure worked, as Vincent's body, due to Hojo's previous experiments, was strong enough to become a vessel for Chaos, a mysterious entity with incredible power. However, Chaos was uncontrollable, and was only stopped when the Protomateria—a one-of-a-kind Materia—had a reaction to it. The Protomateria, discovered by Grimoire alongside Chaos, was theorized by Lucrecia to have been created by the Planet "out of necessity as a means to control Chaos and prolong its own inevitable fate", and was placed in Lucrecia's laboratory.

Lucrecia put the Protomateria inside Vincent's chest, enabling Vincent to control Chaos to a degree. Due to Hojo's experiments and the combination with Chaos, Vincent acquired superhuman abilities, such as amplified strength, speed, endurance, agility, regeneration, shape-shifting, and other powers. Vincent awakened on the operating table and responded to his modified body with anguish and rage.

Believing himself responsible for Lucrecia's illness after her son Sephiroth's birth, Vincent locked himself within a coffin in the Shinra Mansion basement, where he slept mostly undisturbed for over twenty years to atone for his "sins". He constantly relived his nightmare as a punishment for his inability to stop Lucrecia from submitting to Hojo's experiment on her unborn baby.

Cloud and the party discover Vincent in a locked room in the basement of Shinra Manor in Nibelheim where he is talked out of his sleep. Cloud tells him about Sephiroth, and Vincent, knowing he was the child Lucrecia had conceived, considers it another "sin" and attempts to return to sleep. When Cloud tries to leave, Vincent follows and asks if they will meet Hojo. Cloud confirms, and Vincent agrees to accompany the party with plans of claiming revenge.

When the party discovers Lucrecia in Lucrecia's Cave, Vincent relives memories from his past, remembering the argument between himself and Hojo over her, and Hojo shooting Vincent and experimenting on him. When Lucrecia asks him about Sephiroth, Vincent lies that he is dead, presumably to spare Lucrecia from the truth of what her son has become. When the party confronts Hojo at the controls of the Sister Ray, Vincent learns that Hojo "thought of Lucrecia as a tool" and claims it was Hojo, not him, who was meant to sleep and atone for his crimes. The party then defeats him.

Vincent is an adept marksmen and wields handguns in battle. Vincent's Limit Breaks cause him to transform into superhuman monsters, each one is the result of the genetic engineering experiments performed by Professor Hojo and fused into Vincent's body as a guinea-pig. Vincent's stats average-out with his quickest growing stats Magic and Spirit. Vincent's physical durability is considered below average but his accuracy combined with his quick and potent grasp of magic, makes him a marksman/mage character with decent physical attack. Vincent's past as a Turk not only makes him highly trained but also grants him intimate knowledge of Shinra's protocol and attack strategies - allowing him to intuit Shinra attack plans as a second-nature. 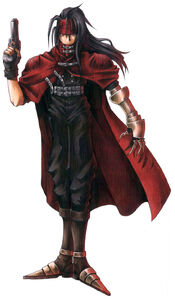 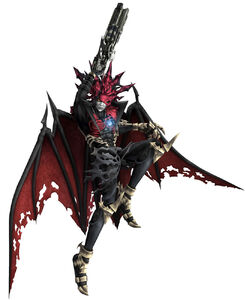 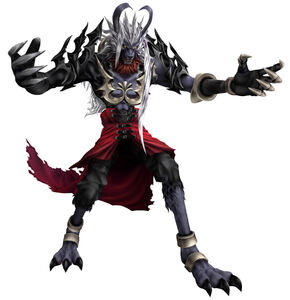 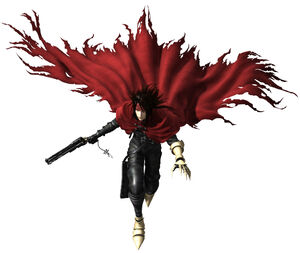 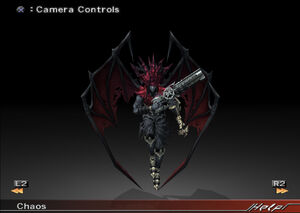 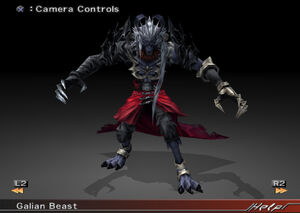 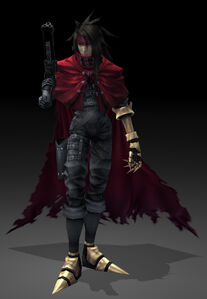 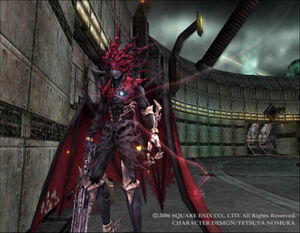 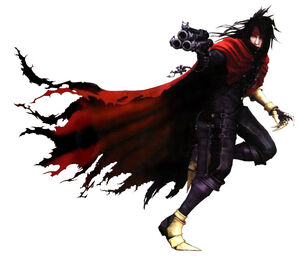 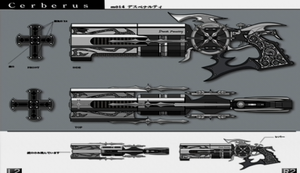 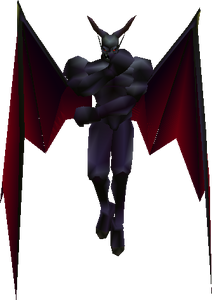 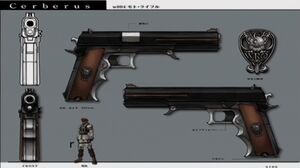 Retrieved from "https://hero.fandom.com/wiki/Vincent_Valentine?oldid=1698112"
Community content is available under CC-BY-SA unless otherwise noted.