keep her family together
To discover the truth about Tate Langdon

Violet Harmon is a teenage girl, transplanted to a new home with her dysfunctional family. She is the deuteragonist of the first season of American Horror Story dubbed "Murder House", and returns for the eight season, dubbed "Apocalypse".

She is portrayed by Taissa Farmiga, who also portrays Zoe Benson.

Violet is a teenaged daughter of Vivien and Ben Harmon. She was upset at her family moving, as well as with her father's infidelity and mother's stillbirth.

While she's initially very affectionate towards Tate, she's very put off when she finds out he was a school shooter who killed 15 people. She then rejects him entirely after she finds out not only was he the one who murdered Chad and Patrick, but that he raped her mom.

She almost overdoses on sleeping pills after she starts seeing more and more of the house's ghosts but is saved by Tate. Ultimately averted when it's later revealed that she did, in fact, die, as Tate wasn't able to save her in time. She just hadn't realized she'd died yet and Tate didn't know how to break it to her. 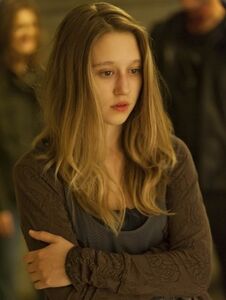 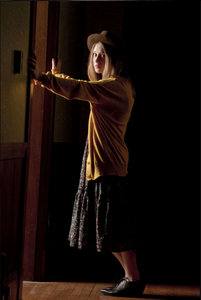 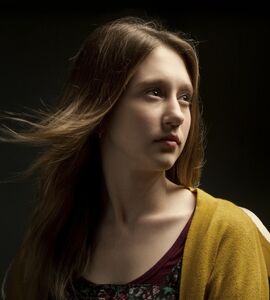 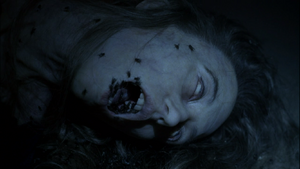