Wall-Knight is one of the main protagonists of the mobile game Plants vs. Zombies Heroes. He is a Plant Hero of Wall-nut, who leads Guardian and Smarty classes.

In the introduction of the game, after the malfunction of the Hero-Tron 3000, a Wall-nut on the lawn was transformed into Wall-Knight.

In Wall-Knight's introduction comic strips, Wall-Knight can be seen protecting a Sunflower from a Rocket Science.

Wall-Knight appeared in Impfinity's Wild Ride, he can be seen helping others Plant Heroes defeat Impfinity, who caused havoc in the theme park. They managed to lock up Impfinity, however, he managed to escape through a roller coaster.

Wall-Knight also returned in Battle for The Belt alongside Green Shadow, Solar Flare, and Grass Knuckles fighting The Smash. Grass Knuckles defeated the Gargantuar by launching Wall-Knight from the ropes. The Plant Heroes were later victorious.

Wall-Knight can be seen attending the race with other plants in A Fight to the Finish Line.

In Mini-Golf Standoff, Wall-Knight can be seen relaxing during a zombie golf game. Seeing this, Brain Freeze, The Smash, and Impfinity attempted to crack his shell. To get rid of him, Brain Freeze used to golf stick and hit him in a hole.

Wall-Knight and Grass Knuckles attempted to attack Brain Freeze while freezing the entire Neighborhood to freeze his ice cream. The two Plant Heroes got frozen as well.

Wall-Knight's signature superpower is Uncrackable, a superpower that allows him to be invulnerable for a turn and then draws a card. His support superpowers are Geyser (he can heal all plants and himself for 4), Nut Signal (he can summon a Wall-nut and then draw a card), and Bubble Up (he can move a plant, and that plant's health get increased by 5). 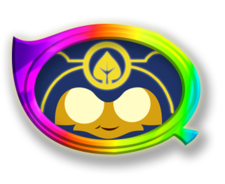 Uncrackable
Add a photo to this gallery

Retrieved from "https://hero.fandom.com/wiki/Wall-Knight?oldid=1863198"
Community content is available under CC-BY-SA unless otherwise noted.