Lord Hater (arch-enemy, sometimes friend)
Commander Peepers (on his side)
Watchdogs (on their side)
Emperor Awesome (on his side)
Lord Dominator (on her side)

Wander is the titular main protagonist of the Disney Channel animated show Wander Over Yonder.

He is an overly-optimistic intergalactic explorer. He travels across the universe with his trusty steed and sidekick Sylvia, helping to spread happiness and freedom along the way, as well as thwart the nefarious conquest of Lord Hater. His creator, Craig McCracken, described Wander as a nomadic, hippie, peace-loving, muppet man. He is voiced by Jack McBrayer, who also voiced Fix-It Felix, Jr. in Wreck-It Ralph.

Wander is a tangerine being of an indiscriminate species, with a furry-like stomach. He has large, expressive eyes with black pupils. He has three black stripes of beard hair on his chin. He is usually seen with a big floppy green hat with a black stripe above the brim and a yellow star located on the black stripe. The inside of his hat seems to be black as well. He also wears sky blue shoes the same colour of Sylvia with white aglets, and a black stripe in the middle of the shoes. He is always seen with a wide smile.

Wander is described to be a Pure Good being, that the only word can be used to described him as an absolute and one of a kind benevolent being.

Wander is the main character of the show. He's a little orange furry guy who wants to befriend everyone he meets. Sylvia is his best friend, and the feeling is mutual. Wander's personality drives him compulsively to be helpful. His recklessness and impulsiveness often gets him (or Sylvia, or far more often both) in trouble, but they usually come through in the end, whether by karma or by his cunning wit.

Wander's innocent, purity, and absolute benevolent personality causes him to never doubt a person's words regardless of what it is, this would mean that Wander can easily be manipulated into helping people reaching their goals. Of course, if only Sylvia isn't by his side. Wander seemingly also provoked himself into a lot of peoples business even when those business would caused him, his life. In-short, he is reckless, and never thinks before acting. 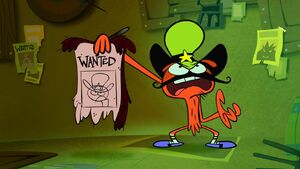 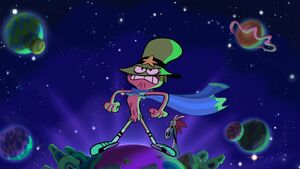 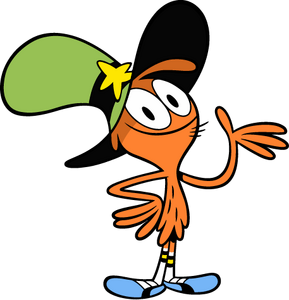 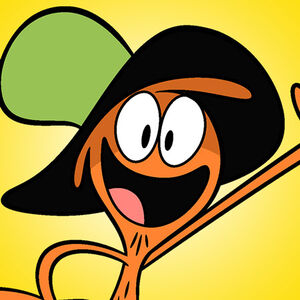 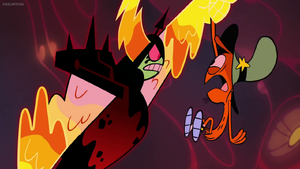 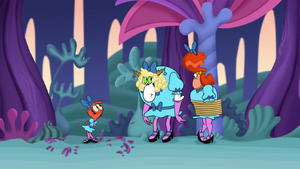 Wander at the Pure Good wiki