Heroes Wiki
Register
Don't have an account?
Sign In
Advertisement
in: Romance of the Three Kingdoms Heroes, Male, Honorable,
and 53 more

Honorable Offical
Wang Yun (Chinese: 王允) is a character in the 14th-century Chinese classic novel Romance of the Three Kingdoms by the late Luo Guanzhong, and its multiple adaptations. He is the adopted father of Lu Bu and Diao Chan.

Yellow Turbans rebellion broke out, Wang Yun became the governor of Yuzhou, he participated in the crusade against the Yellow Turban army and the recruitment of the remaining party. During the visit, Wang Yun discovered that the guest of Zhang Rang had contact with the Yellow Turbans department, so they are reported. Emperor Ling knew that he was furious and blamed Zhang Rang, Zhang Rang did not plead guilty, even he retaliated against Wang Yun and went to jail. Wang Yun was detained during the period, but after more than ten days, he was arrested for other crimes. Wang Yun was finally saved from the rescue by the generals He Jin, Yuan Kui, Yang Ci, and others. It will not be released until the following year.

After Emperor Ling dies, Wang Yun was mourned to Luoyang. At the time, He Jin was in power and asked Wang Yun to participate in the conspiracy, then turn to Intendant of Henan. He Jin attempted to divulge and was killed by the eunuch, Dong Zhuo was recruited by He Jin from the state earlier, took the opportunity and take charge of the political affairs. After Emperor Shao was abolished, Emperor Xian was become a new ruler of Han Dynasty, but he later served under Emperor Xian. Wang Yun was appointed as Minister over the Masses, the Han forces campaign against Dong Zhuo, Dong Zhuo moved to Chang'an, follow Emperor Xian and rebuilt the old order in Chang'an.

Dong Zhuo doubted that it would not be allowed to make a plot, Wang Yun only left the two in the Han Dynasty. Wang Yun determined to discuss with Diao Chan and in order to prevent Dong Zhuo from being violent, this was only by consent. Diao Chan was usually courteous to her adoptive father, Lu Bu originally intended to marry her. Dong Zhuo sometimes felt annoyed even though he took Diao Chan away from Lu Bu, as long as Wang Yun is assured, he will regret it sometimes. In addition, Lu Bu decided to look for Diao Chan and saw that Dong Zhuo's instructions were enamored with her. However, Lu Bu eventually killed him with his own halberd. After Dong Zhuo's death, Wang Yun served as the prime officer who was in charge of politics with Lu Bu.

However, since the removal of Dong Zhuo, the relationship between Wang Yun and Lu Bu and other officials has gradually deteriorated, but they were tried to kill Cai Yong is unsuccessful. Wang Yun also did not resolve the crime of exempting Dong Zhuo's trilogy. So the folks had Wang Yun's intention to do the rumors of Liangzhou people, so that Dong Zhuo's Army feared and defended themselves in Guanzhong. Li Jue and Guo Si and others rushed to Guandong and Yingchuan County and returned to the armies, they were saw that Niu Fu was dead. The letter that has no dependencies and no forgiveness obeys Jia Xu's scheme between fears, leads the army to the west and takes troops along the way. Wang Yun sent Dong Zhuo to resist Hu Zhen and Xu Rong, Xu Rong was killed and Hu Zhen is already surrendered. But later on, he was killed by Li Jue.

Wang Yun in Romance of the Three Kingdoms. 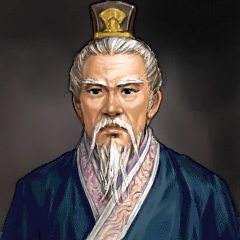 Wang Yun in Romance of the Three Kingdoms IX. 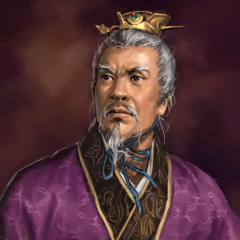 Wang Yun in Romance of the Three Kingdoms X. 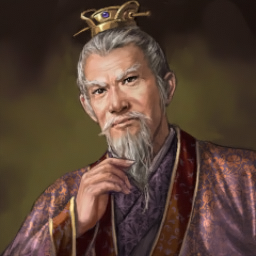 Wang Yun in Romance of the Three Kingdoms XI. 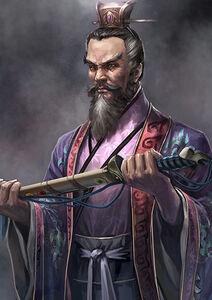 Wang Yun in Romance of the Three Kingdoms XII. 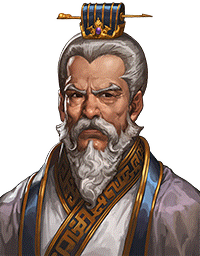 Wang Yun in Romance of the Three Kingdoms: The Legend of Cao Cao. 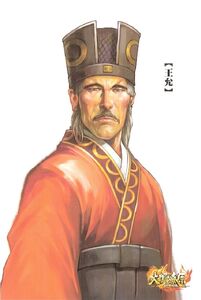 Wang Yun in The Ravages of Time. 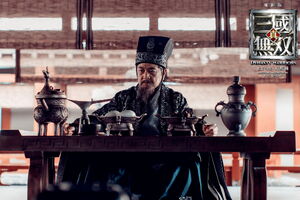