Officer in the Alliance to Restore the Republic

Member Of Rogue Squadron
Commander in The New Republic Military

Defeat the Empire and its remnants.

Wedge Antilles was a supporting character in the Star Wars Original Trilogy and a minor character in both The Rise of Skywalker and Rogue One. He was portrayed in the movies by Denis Lawson and David Ankrum. In Star Wars: Rebels, he was portrayed by Nathan Kress, who also played Freddie Benson in iCarly.

Like Han Solo and Corran Horn, Antilles was a human male from Corellia. He is the stepfather of Snap Wexley.

An excellent pilot Antilles became known as a hero of the Rebel Alliance and New Republic. Antilles flew as Red Two at the Battle of Yavin and was one of the few to survive that battle. Becoming friends with Luke Skywalker, the two men formed and built Rogue Squadron into a renowned unit.

Antilles fought alongside the other Rogues at Hoth, flying a snowspeeder that successfully tripped up and destroyed one of the AT-ATs advancing on the Rebel base.

After the Battle of Hoth, Antilles took command as Skywalker focused on his Jedi training. Antilles flew as Red Leader in the Battle of Endor, helping strike the blow that destroyed the second Death Star alongside Lando Calrissian and becoming the only pilot to survive both Death Star runs.

Following Endor Antilles was tasked with tracking down the Imperial remnant, which had dispersed to the edge of the galaxy. Antilles located the Imperials in the midst of a summit on Akiva, but was captured before he could warn the Republic. He was soon rescued by Norra Wexley and returned to report to Admiral Ackbar.

Antilles helped Han, Chewie, Leia, and Ackbar liberate the Wookie homeworld of Kashyyyk. Afterwards the Republic publicly gave him a medal for his acts. Privately he was reprimanded for acting outside the chain of command. His squadron was shut down for their participation in the unauthorized mission, and Antilles was left in charge of a hanger while some of his squad mates had to leave military service altogether.

Antilles later fought in the Battle of Jakku, which ended in a defeat for the Galactic Empire. After the signing of the Galactic Concordance, Antilles went to work on Hosnian Prime at the New Republic's new flight academy.

Antilles also sent support to Leia in the Senate upon learning she is and as well his friend and her brother Luke as the children of Darth Vader.

Antilles was married to Norra Wexley and they settled in Akiva. When Temmin and his wife Kare Kun and inform him and Norra of Luke's and as well Admiral Ackbar's and Holdo's deaths, which devastated them.

Antilles responded to Lando's call manning the turret of the Millennium Falcon against the revived Darth Sidious and the Sith Eternal in the Battle of Exegol. After Darth Sidious' final death and the Sith Eternal's destruction, the ship landed in Ajan Kloss and the crew celebrated the fall of the First Order. For Antilles the celebration was tempered by the knowledge that Norra's son Temnin had died in the assault on Exegol.

Antilles was orphaned at the age of seventeen when criminals taking off from his father's fueling platform caused a chain reaction that destroyed the station his family lived on. Antilles was able to acquire a freighter using settlement funds from the insurance company and began moving freight. Antilles joined the Rebellion after Imperial forces killed his girlfriend, Mala Tinero.

Following the Battle of Endor Antilles was sent on a goodwill tour of a large number of worlds to convince them to join the Alliance. Two years after Endor Antilles spearheaded the rebuilding of Rogue Squadron, taking on pilots such as Gavin Darklighter - who was a cousin of his former squadmate Biggs Darklighter, Corran Horn, Nawara Ven, and Ooryl Qrygg. The reformed squadron fought against Imperials such as Ysanne Isard, Grand Admiral Thrawn, the reborn Emperor, and various Imperial warlords.

Antilles eventually married Iella Wessiri and fathered two daughters with her - Syal and Myri. Syal followed her father's footsteps and became a pilot, while Iella groomed Myri to become an intelligence agent. 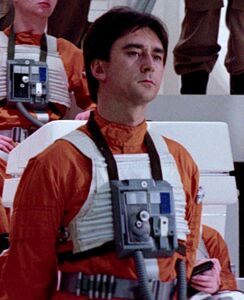 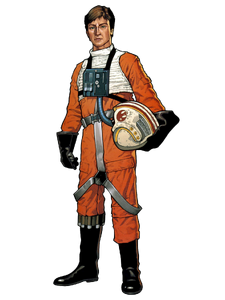