Little Ghoul (by Bethany; in the 2019 film)
A silly little girl who likes to play with science (by Cyrus Strange; in the 2021 film)

Hanging out with Parker Needler (in the 2019 film).

To protect her family's mansion from Margaux Needler (in the 2019 film; succeeded).

Arguably the most widely-known depiction of Wednesday is in the 1990s films, in which she was played by Christina Ricci who also played Kathleen "Kat" Harvey in Casper, Lilly in Alpha and Omega, Trixie in Speed Racer, Yellow in The Hero of Color City and Vexy in The Smurfs 2.

In the 2019 animated film, she was voiced by Chloë Grace Moretz who also played Hit-Girl in the Kick-Ass franchise and Red Shoes in Red Shows and the Seven Dwarfs.

In The Addams Family: Mansion Mayhem, she was voiced by Cristina Valenzuela who also voiced Viola in One Piece, Marinette Dupain-Cheng in Miraculous: Tales of Ladybug & Cat Noir, and Kotori Minami in Love Live! School Idol Project.

Wednesday is always shown as pale-skinned and having black hair in braided pigtails.

Wednesday's personality changes over the course of the series. She is originally shown to be fascinated with death and macabre. She is stated to be six years old in the first episode of the 1960's television series. In the 1960's television series, she is more sweet-natured, however, she loves playing with spiders and in the episode "The Addams Family Tree" she gave another child a black eye for saying his family was better, with both families being shocked that a little girl did that to a boy bigger than him. In the episode "Wednesday Leaves Home" she decides to run off after her parents ground her from playing with her spider. She returns by the end of the episode.

In the film series she shown to be the only Addams who is genuinely mean-spirited, as opposed to simply having a fascination with the macabre. However, she shares the same strong willpower and sense of family kinship as the other Addamses.

In the 90s cartoon show, she is back to being sweet-natured, but with an air of sophistication reminiscent of Gomez and Morticia.

Wednesday in the 2019 movie is kind and gentle to those who mean her no harm, but cruel to those who harass her and bully her. She is shown to be a brilliant scientist.

Wednesday Addams in the original comics 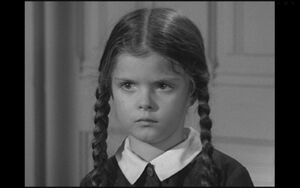 Wednesday in the 1964 TV series 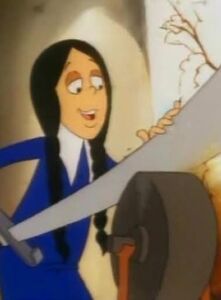 Wednesday in the 1992 cartoon series 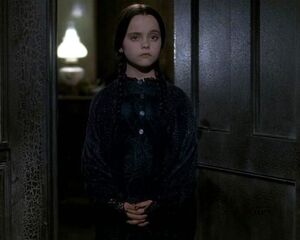 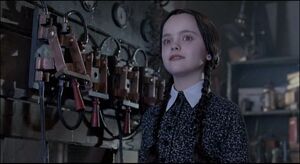 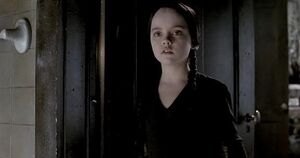 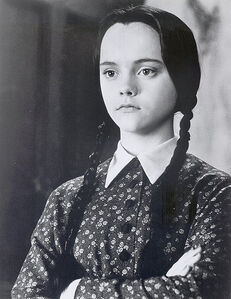 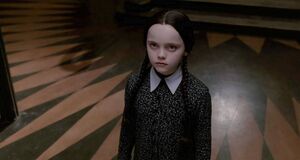 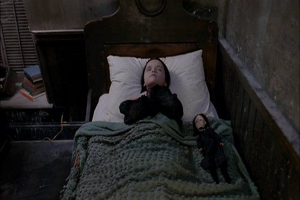 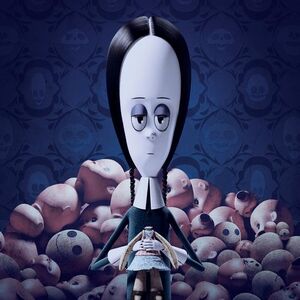 Wednesday Addams in the 2019 animated film 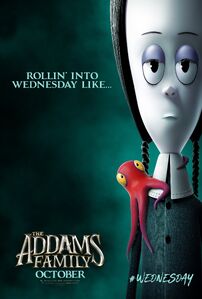 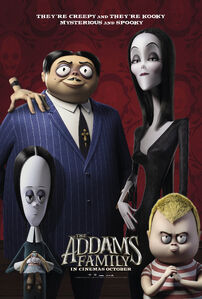