Going on adventures with her friends

Wendy Marvell is one of the main protagonists of the anime/manga series Fairy Tail. She is a female Sky Dragon Slayer, formerly belonging to the Cait Shelter Guild. After the events surrounding Nirvana unfold, she officially joins the Fairy Tail Guild. She learned her Dragon Slayer abilities from her adoptive mother, Grandeeney and is normally seen with her pet Exceed, Carla. Following the disbandment of Fairy Tail, Wendy, along with Carla, joined Lamia Scale. Subsequent to the conclusion of the war between Orochi's Fin and Lamia Scale, Wendy leaves Lamia Scale and helps Natsu resurrect Fairy Tail. She was one of the orphans chosen to be a Dragon Slayer four hundred years prior to X777, serving as her adoptive mother's vessel to travel to X777 through the Eclipse Gate as a part of the plan to exterminate Acnologia.

Wendy was raised by the Dragon Grandeeney for some time. However, one day, along with other Dragons, Grandeeney suddenly disappeared and left Wendy alone. After wandering around trying to locate her lost adoptive mother, Wendy ran into Mystogan, who introduced himself to her as Jellal. Mystogan allowed her to travel with him, though he was also hopelessly lost on the road. One day, Wendy heard Mystogan utter something by the name of "Anima", and shortly after deemed it too dangerous for Wendy to travel with him further.He left her in the care of a close guild by the name of Cait Shelter, where she stayed until requested to aid the Allied Forces in their mission against the Oración Seis.

Wendy is a young girl with fair skin. When she is first introduced in the series, she has long, dark blue hair that reaches down to her waist, with two bangs framing her face which reach down to her chest alongside her dark brown eyes. She later cuts her hair down to a bob cut during her battle with Tartaros though Cancer later styled it back into the long hair she usually has after the battle. Like all Dragon Slayers, she has elongated canine teeth. At first, she wears a simple dress with two wavy stripes running across the dress and ending in small pointed edges at the bottom. Around her arms and legs she wears wing like attachments. Wendy's Cait Shelter Guild stamp was located on her right shoulder, but after the Guild disbanded and she joined Fairy Tail, the stamp was replaced by Fairy Tail's Guild stamp. During her time in Edolas, Wendy wears her hair up in pigtails held together by two animal ear like attachments. Two strands of hair hang down on each side of her face. She wears a long sleeved top with two buttons in the center and an ascot around her neck. The top is adorned with a small pattern around the shoulders and a small trim around the upturned cuffs. She wears a frilled skirt with a small trim running around right above the end. She also wears thigh high socks. While on Tenrou Island, Wendy wears several different outfits. At first, she wears a flowing dress with a triangular pattern near the top and crossing pattern around the rest of the dress. She wears a thick band around each of her arms and ankle tied sandals on her feet. Later, Wendy receives new clothing from the Celestial Spirit World. It is a simple kimono with a black waistband and small tie over it. She wears thigh high socks and wing like attachments in her hair to keep it up in pigtails. After being saved from Hades' attack, Horologium gives Wendy new clothes. They are a suit like top with a light trim and large cuffs and dress shirt with tie. She wears a small skirt with a large sash holding the top and skirt together. Her hair is let down and she wears dark stockings. During the Grand Magic Games, Wendy wears her team colors in a long sleeved dress with a flower pattern adorning the sleeves. She has a small tie with ribbons holding her hair in pigtails and stockings.

When first introduced, Wendy is a very shy and polite girl. She is also quite clumsy, frequently tripping when she runs, though she overcomes this later on. Despite her shyness, Wendy is very eager to try and make friends. Wendy also cares greatly for her guild members, and even suggested going to the home-town of the Exceed to try and get them to evacuate when they were under threat. Wendy is also shown to be insecure about her chest size, largely because almost all the other females in Fairy Tail are very well-endowed. However, this is largely a worry that she'll be flat-chested when she gets older, since she is a pre-teen. Wendy becomes more confident and brave as time goes on, and she always tries to be of help wherever she can. She is also quite intelligent and has a very honest personality.

Wemdy is "direct and open with her emotions", and is easily swayed by the people around her. However, this also causes her to be "very romantic". She can be spontaneous and "very ditzy". Unlike the other Dragon Slayers, Wendy doesn't enjoy fighting, preferring to avoid it as much as possible. If, however, it's for the sake of her guild or friends, Wendy will fight without hesitation. As a Dragon Slayer, Wendy suffers from motion sickness when riding on any form of transportation. Her condition started during the one year period between Fairy Tail's disbandment and reestablishment. Due to practically being unable to move and think properly in this state, Wendy can't cast healing spells like Troia on herself to counter it. 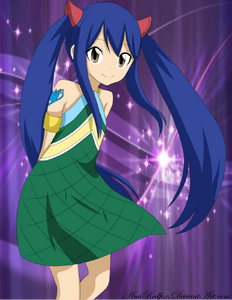 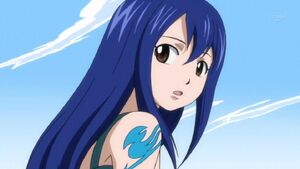 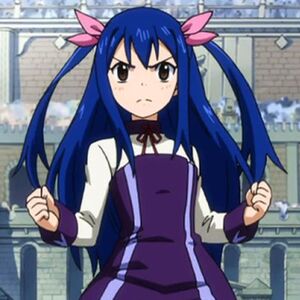 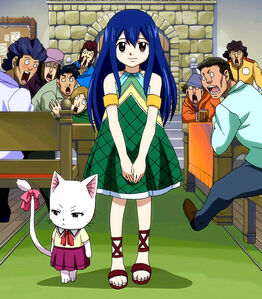 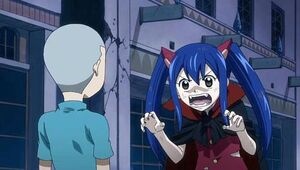 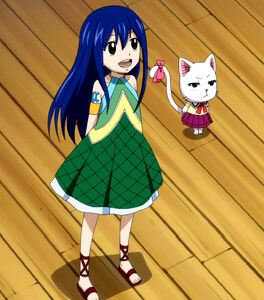 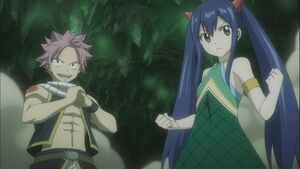 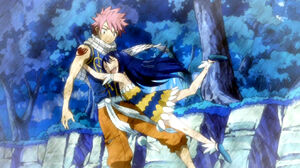 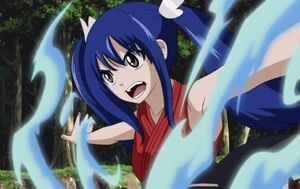 Troia
Add a photo to this gallery

Retrieved from "https://hero.fandom.com/wiki/Wendy_Marvell?oldid=1756710"
Community content is available under CC-BY-SA unless otherwise noted.