White Bomberman is the main protagonist of the Bomberman series. He is a member of the Bomberman species, which are usually inhabitants of Planet Bomber. Like all Bombermen, he has the ability to generate bombs in his hands. There are many incarnations of him represented in the different games of the series, which usually don't keep a constant description of the character. He is often saving his home planet from disaster.

As the name implies, he is a white Bomberman with a flesh pink face. He wears blue overalls, pink gloves and pink shoes.

Prior to his first adventure, the hero was used by Dr. Mitsumori like model to make the robots of the same one based on its data like the benefit from humanity.

Bomberman initially confronts the rebellious robot named Black Bomberman, such as: saving Mitsumori's daughter called Lisa, clearing his name from a crime he did not commit and retrieving the 7 vital computer chips from the pan-galactic agency. After the Black Bomberman incident caused by Carat Diamond's robots, the two become partners.

When he was captured by the Five Dastardly Bombers in station until destroying them, White Bomberman knows Buggler where always face him to not dominate the universe and Pretty Bomber in which she becomes his love interest.

White Bomberman happened to be under the guidance of Dr. Ein when it had the mission to destroy Crator released by Mujoe and his henchmen to prevent the same of conquering the world. 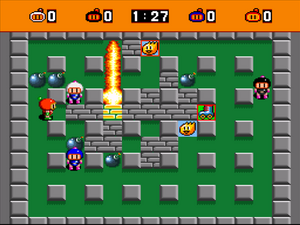 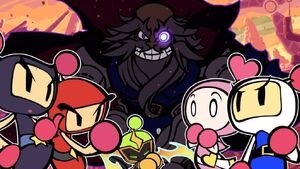 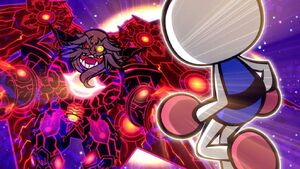 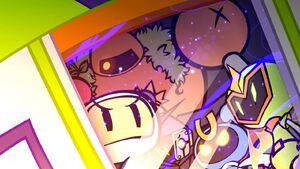 White Bomberman with the reformed Dastardly Bombers after Buggler is defeated. 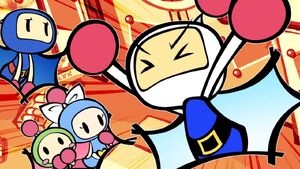 White frustrated because his siblings are not listening to him for training time. 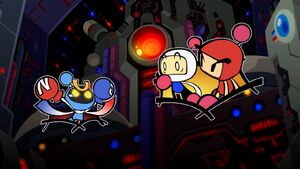 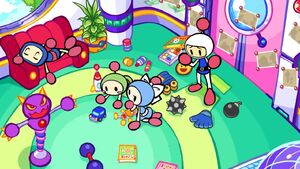 White notices 4 of his siblings are out of town and 3 siblings stay. 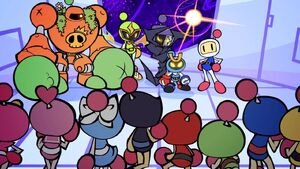 White announces everyone back to Planet Bomber after Buggler's defeat and the galaxy's salvation. 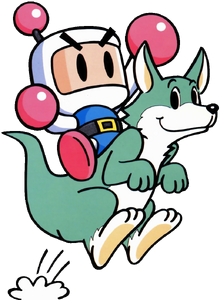 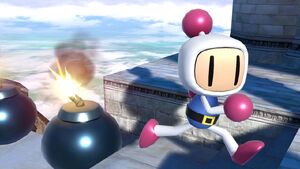 Bomberman as he appears in Super Smash Bros. Ultimate as an Assist Trophy 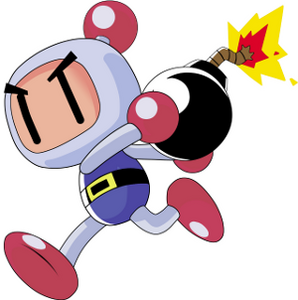 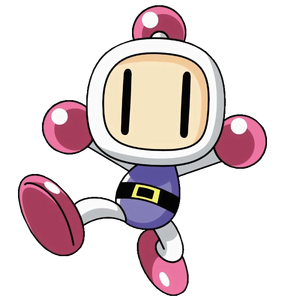 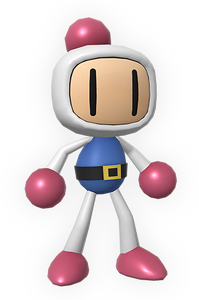 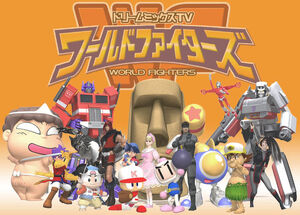 Retrieved from "https://hero.fandom.com/wiki/White_Bomberman?oldid=1765279"
Community content is available under CC-BY-SA unless otherwise noted.