Martial Artist
White Lotus Society is a fictional organization within the Mortal Kombat universe. They are a warriors in the Order of light.

White Lotus Society is founded by Raiden, the immortal protector of Earthrealm, and the Shaolin Order of Light sect, following the death of the Great Kung Lao at the hands of Goro in Mortal Kombat tournament.

When the sorcerer Shang Tsung finally defeated the longtime champion with a new recruit from Outworld, it is clear that Earthrealm is vulnerable to attack, not only the local enemies, but also the people from the foreign worlds. To this end, thunder god and the monks agreed to pick a group of champions from the best warriors in Earthrealm. This group will be committed to learning and understanding how to defend the independence of the Earthrealm from the other worlds. The society's existence is kept secret from the uninitiated, leading to the spread of rumors. Therefore, many people do not even know the existence of other realms, only know the Order of Light and its involvement with Earthrealm.

The person who recruits White Lotus does not have to be monks of the Order of Light, and the promise to society is not for life. Members can leave their will at any time, so the numbers of society have never been known, but are considered small. Members of the society recognize each other through a white headband with a Buddhist symbol of eight-petal lotus. Their martial arts skills may come from native or abroad, but the most fighters themselves must come from Earthrealm. 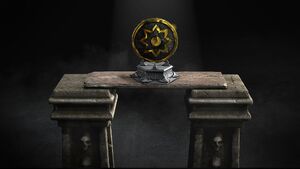