The Whitebeard Pirates were a powerful and notorious Pirate crew in the anime and manga series One Piece. They were led by Edward Newgate, more famously known as Whitebeard, formed at some unknown point in the past, after he left the Rocks Pirates.  Over the years they became one of the most feared pirate crews in the new world, and Whitebeard himself even earned the title of Yonko, which are the four most powerful pirates in the world.  Other notable members included Marco the Phoenix, Portgas D. Ace, aka Fire Fist Ace, Jozu, aka Dimanod Jozu, Vista, aka Vista of the Flower Swords, and Izo, among many, many, many others.

The crew had sixteen divisions.  They were each led by a division commander, which excluded Whitebeard himself, but included Marco, Ace, Jozu, Vista, Izo, and eleven other individuals, and each commander commanded at least 100 men.  Including Whitebeard himself, that would make the crew number at least 1,617 men, making the Whitebeard Pirates one of the largest crews in the entire series as well.  And that didn't include all of their allies, which consisted of at least 43 subordinate crews, including the crew of Whitey Bay, a pirate Captain who used to be a member of Whitebeard's crew proper many years ago.  All of these subordinate crews were willing to drop everything to assist Whitebeard during extreme circumstances, such as helping to save Ace, making his full power one that could easily contend with the Marines or any of the other Yonko, one that nobody would want to mess with.

After the death of Ace and Whitebeard, the rest of the crew managed to escape, but their allies scattered.  When Marco plotted to get revenge on Blackbeard for his betrayal, their allies refused the call to action, which left them with just the final remaining remnants of the Whitebeard crew.  Once they lost the Payback War, Marco, as the new Captain, made the decision to break up the Whitebeard pirates officially, with every member scattering to the winds.

Currently little is known about the wereabouts of the members or allies, except that Whitey Bay was attacked by Blackbeard, (her condition unknown), Marco remaining on Sphynx, Whitebeard's home island, to protect it, and both him and Izo now having come to Wano Country to help the Straw Hat Pirates and the Samurai with the rebellion against Kaido, the Beast Pirates, and Orochi. 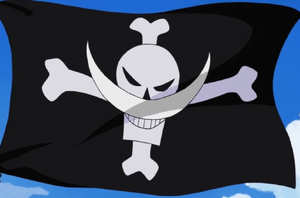