Note: This is the Reboot version of Wildvine, For his Prime Counterpart, See Here

Wildvine is one of Ben Tennyson's alien egos from Ben 10 Reboot.

He is voiced by David Hornsby.

Wildvine is more humanoid, the fly trap design on his neck is different, there are four seeds on his back and he has legs.

Since the episode "Battle at Biggie Box", Wildvine gained the ability to become Omni-Enhanced Wildvine, with Shock Rock's armor forming two blue energy limbs and gray torso armor with large venutrap-like decorations over his shoulders, much like his design in the original continuity. 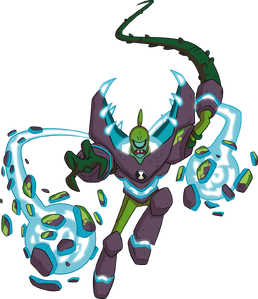 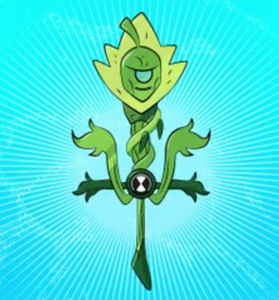