Will Byers, Will the Wise, Zombie Boy, The Boy who Came Back to Life, The Spy, Cleric

To get the Mind Flayer out of him (succeeded)

He is portrayed by Noah Schnapp, who also voiced Charlie Brown in Blue Sky's The Peanuts Movie, and Jay in The Angry Birds Movie, which he was uncredited for.

Will was born as the second son of Joyce Byers and Lonnie Byers, and the younger brother of Jonathan Byers. On his birth, his mother cried tears of joy, while his brother Jonathan Byers carried him and said hello to him. His father Lonnie resented him as he grew up as he believed his second born son was weak, often calling him gay and a fag. Despite that, Will was close with his mother and brother who became a large role model to him. The night of his parents' divorce, Will and Jonathan built the Castle Byers fort, despite them getting sick because of the rain.

Will would befriend Mike Wheeler, Lucas Sinclair, and Dustin Henderson during his youth, and they became close friends.

Will is soft-spoken, amicable, and honest. Like his friends, he is exceedingly intelligent for his age, having an enthusiasm for science and being a member of their school's AV club. He also displays a lot of the same interests as his friends, such as Dungeons & Dragons, comics like the X-Men, and films like Ghostbusters. He is also creative, having a passion for art and writing stories. However, his interests and social status resulted in him being bullied. This, along with his father's prior poor treatment of him, most likely led to feelings of alienation.

After his ordeal with the Upside Down, Will became even more alienated due to his peers labeling him "Zombie Boy" (due to the cover story conceived to conceal what actually happened to him). Additionally, he had grown frustrated with everyone's sensitive treatment towards him, especially with his mother and brother's overprotectiveness. Following his possession by the Mind Flayer, Will developed an aversion to heat and became increasingly distressed by his connection with the entity. The connection also caused him to experience physical pain whenever the vines and biological matter originating from the Upside Down were burned. As Will's mind was gradually taken over, he began to experience memory loss and was manipulated into aiding the Mind Flayer. Eventually, the Mind Flayer's influence over Will was so great, he was able to speak through him and control his body. After the Mind Flayer was exorcised from his body, Will seemingly returned to his usual self with no visible adverse effects.

One of Will’s most notable traits is how he often put other people before himself. This was implied by his actions during the Dungeons & Dragons campaign in "The Vanishing of Will Byers", were he decided to attack the Demogorgon to help the party instead of playing it safe. In "The Mind Flayer", Joyce recounted a story of how when he was younger, Will gave away his toy truck to a saddened girl in order to make her feel better, even though they wouldn't be able to afford another one. This side of his personality is also displayed somewhat in "The Gate", where he reluctantly accepted a girl's invitation to dance though he clearly had no desire to do so. It's also possible one of the reasons he waited to tell his family and friends about his visions was so he wouldn't worry them.

Will also had a profound sense of responsibility, drawing a picture of Bob as a superhero to commemorate his sacrifice to save everyone.

A telling characteristic of these abilities is that Will appeared to have no control over them, with him experiencing visions at seemingly random intervals, and his Now-memories being more of a side effect of the Mind Flayer’s possession. Will also displayed none of the traditional side effects associated with using psychic abilities, such as nosebleeds. Will most likely lost these abilities once the Mind Flayer was expelled from his body or trapped back into its own Dimension. 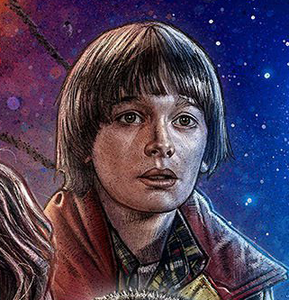 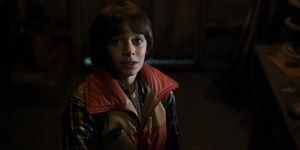 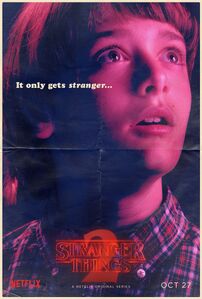 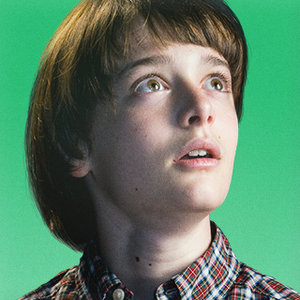 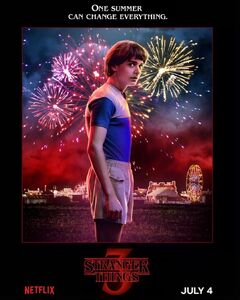 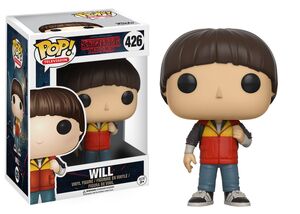 Will's funko pop.
Add a photo to this gallery

Retrieved from "https://hero.fandom.com/wiki/Will_Byers?oldid=1509198"
Community content is available under CC-BY-SA unless otherwise noted.