Heroes Wiki
Register
Don't have an account?
Sign In
Advertisement
in: Male, Live Action Heroes, Doctors and Scientists,
and 20 more

He is a scientist and Caesar's adoptive father whose ultimate goal is to find a cure for Alzheimer's. When he used Caesar as a test subject, he unwittingly accelerated the ape's intelligence. The cure also served as a virus which wiped out most of humanity.

Will Rodman was the son of Charles Rodman, who was a gifted piano teacher and an unknown mother, and a scientist at Gen-Sys, a failing biotech conglomerate in San Francisco, California headed by Steven Jacobs, who often insulted Will's intelligence for failing to make progress in finding a cure that could make money. As a result, Will disliked Jacobs for being an unreasonable boss, but dared not to talk back fearing that Jacobs would fire him.

When the film began, Will was working on a gaseous drug which he dubbed ALZ-112 on Bright Eyes, who was a female chimpanzee captured from East Africa and brought into San Francisco. Will put Bright Eyes to work on completing the Tower of Hanoi. Bright Eyes was able to do 20 moves, although the perfect maximum was 15 moves, yet Will was delighted at the results because on her very first test, Bright Eyes couldn't figure out how to do the game at all. Will pleads to his boss Jacobs to let him approve ALZ-112 for human trials, because U.S. federal laws dictate that all drugs approved for the market must be successfully tested out on humans first. Bright Eyes one day got pregnant and refused to come out of her cage to do any more tests, but when she was forcefully pulled out by the Gen-Sys employees, she went on a rampage fearing that her baby is now exposed and soon crashed into the conference room Will was giving his presentation. A security guard fired his weapon at Bright Eyes, despite Will's orders not to kill her. Afterwards, Jacobs is furious, shuts down the chimpanzee program out of anger, and denigrates Will, blaming him for Bright Eyes' rampage.

Gen-Sys lab assistant Franklin then handed over Bright Eyes' baby to Will, to which Will deduces that Bright Eyes was attacking her human jailers all to defend her baby, not out of spite. Will reluctantly takes the baby chimp home and names him Caesar, injecting Caesar with ALZ-112. Caesar then becomes intelligent and knows far more than the average chimpanzee, proving that Will was correct that the ALZ-112 was efficient in boosting apes' intelligence which served as a parallel to Will's theory that ALZ-112 could cure Alzheimer's in humans. One drawback to the ALZ-112 for Caesar when he was a child was that it increased Caesar's curiosity which made him try to take away a bicycle that belonged to Alice, who happened to be the daughter of Will's neighbor Hunsiker. Alice, seeing Caesar trying to ride her bicycle, sent her father to come pulverize Caesar with a baseball bat. Hearing Caesar screaming in Hunsiker's backyard, Will rushed in, grabbed Caesar and lashed out at Hunsiker for being aggressive. Hunsiker defends he had the right to because he was thinking of his kids, but Charles protests Caesar just wanted to play. Because Caesar earned wounds from trying to escape Hunsiker, Will took the chimp to his love interest Caroline Aranha, a chimp veterinarian. Will then tested ALZ-112 on his father Charles, who rapidly increased in intelligence and appeared to be restored to his former self. However, the ALZ-112 wore off on Charles even though it stayed in Caesar, proving that the drug was permanent in chimpanzees but only temporary in humans. Will was able to spot this when he saw Charles trying to eat bacon and eggs with the wrong end of the fork, making Caesar correct Charles.

Charles' Alzheimer's returned in 5 years, which was when Caesar is 8 years old, and Will decided to set work on a stronger strain called the ALZ-113. One day after fighting an angry neighbor (Hunsiker) who attacked Charles for accidentally damaging the former's car since Charles got his Alzheimer's back, Charles was forced to beg Hunsiker not to call the police. Caesar then attacked Hunsiker by punching him and then severely biting into his finger, which made Animal Control take away Caesar although Will demanded Caesar back. While Caesar spent time in the ape sanctuary fighting both the abusive human caretaker Dodge and the hostile alpha ape Rocket, Will created the ALZ-113 strain and made canisters of it. Will asks Jacobs for a second chance, and promises that the ALZ-112 made his father improve in brain activity with documented proof. Jacobs at first condescendingly refuses but when Will promises him his father as evidence, Jacobs becomes delighted by this and reboots the ape program bringing back chimpanzees, and Will is given a new ape, Koba, to work on for the ALZ-113. While giving Koba the ALZ-113, Koba knocks off Franklin's mask infecting Franklin the ALZ-113. Showing no immediate signs of illness, the lab allowed Franklin to exit freely instead of being quarantined. Koba is able to score a perfect 15 on the Hanoi Test and becomes literate in English, spelling out Jacobs' name. Will then tries testing the ALZ-113 on Charles, who refuses it and dies the next morning. When Will returns to work, he finds that the lab is already testing ALZ-113 on all their apes, and Will believes that they're going too fast. Jacobs claims that the ALZ-113 already proved to be a success and anticipates great profits by putting ALZ-113 on the market already. Will claims that since it is a drug, it may have risks, and Jacobs threatens to fire Will if he goes against the ALZ-113, making Will quit. Jacobs simply replies progress will continue without Will, before Will begs that Jacobs must first test it out on humans first, but Jacobs retorts if it was good enough for chimpanzees, it will be viable for humans.

One night, Caesar broke free from his cage, went into Will's home then took a brief time watching Will and Caroline sleep, before going into Will's fridge to steal ALZ-113 canisters and unleash them onto the apes at the sanctuary. Caesar then freed the apes locked up in the sanctuary, Gen-Sys and the San Francisco Zoo before leading them to run off into the Muir Woods, scaring many humans who panicked that they were in danger of wild animals running through their city. Jacobs in a panic gets on a CHP helicopter ordering them to shoot the apes.

Battle at the Golden Gate Bridge

Caesar and his army of apes then arrived at the Golden Gate Bridge with plans to flee into the Muir Woods and take it as their new home, although human authorities refused to let them escape and called in the California Highway Patrol to shoot down the apes. Will, fearing that Caesar will get shot at, ran into the battle scene to go find Caesar and take him home. The apes are able to defeat the CHP due to the clever strategy Caesar devised, and as the apes are celebrating the CHP retreating, Will cries out for Caesar, who halts celebrating to notice Will. However, before the two could reunite a CHP helicopter with Jacobs in it has a gunman shooting at the apes, forcing Will to take cover behind the bus and Caesar uses a chain to throw at the gunman and Jacobs. Buck then sacrifices himself by jumping inside the helicopter making it crash.

Will steals a police car to follow the apes, and calls out for Caesar. Koba attacks Will, but Caesar orders him to stand down. Koba, not wanting to fight Caesar who is his own liberator, spares Will. Caesar helps Will get back up, though reminds Will that he's deeply angry with him. Will apologizes for everything that happened throughout the film knowing he's responsible and asks Caesar to come home, who then responds, "Caesar is home". Will accepts this and presumably returned home and is last seen watching Caesar climb up a tree.

Being in San Francisco, which was Ground Zero of the ALZ-113 pandemic, Will and Caroline likely died from the virus which went on to wipe out most of humanity. Caesar would go on to lament Will's absence. After the the virus was dubbed the "Simian Flu" and due to wiping out much of humanity, Will inadvertently helped the Earth's endangered plant and animal life flourish.

Ten years after the Ape Rebellion, Caesar returned to his family home after being recovered by Malcolm, Ellie, and Alexander following an assassination attempt on him. After recovering from a gunshot wound, Caesar traveled to his old room and watched a video camera recording of Will teaching the word "home" to Caesar, reminiscing on his good memories with Will. After Malcolm asked who the man in the video was, Caesar responded to Malcolm that Will was "a good man". 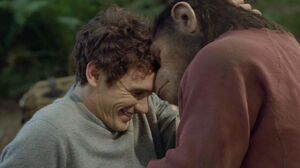 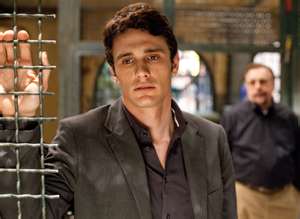 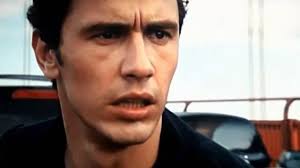 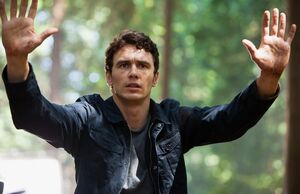 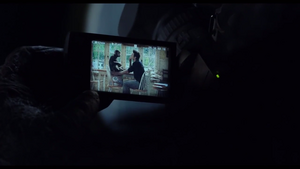