Clumsy and Cowardly Fairy
Willa is a character in the Barbie: Mariposa series. She is Mariposa's best friend and she is helpful, reliable and friendly. She worked with Prince Carlos to save Queen Marabella after she was poisoned by the evil fairy Henna.

Willa and Mariposa both work for Rayna and Rayla. She is sent to the nettle swamp to get Thistleburst, which she hates since the nettle swamp smells bad. She encourages Mariposa to go to parties with her, but Mariposa always declines.

When Queen Marabella falls ill, Willa is sent to the nettle swamp by Rayna and Rayla to get Thistleburst again. When she comes back and finds the house empty, she finds a note that tells her to contact Prince Carlos. She and Prince Carlos both worked together to set him free from his prison in his own room. Willa tells him that she spotted Henna poisoning the queen. They both track Henna to her lair. They then gather Ilios and Thistleburst to show Lord Gastrous evidence and to make glowing lights to deter the Skeezites.

When most of the lights of Flutterfield have gone out, Prince Carlos and Willa appear with the Ilios and several lights. They fire the lights at Henna's Skeezite army. They run out of lights, but luckily Queen Marabella wakes up at that moment, sending the Skeezites fleeing in terror.

In thanks for their bravery, Willa, Mariposa, Rayna, Rayla and Zinzie all receive crowns from the queen. Willa gets a purple crown of flowers.

Barbie: Mariposa and the Fairy Princess

Willa flies along with Mariposa, who's greeted by every fairy they meet. When Mariposa is asked for an autograph, Willa then asks why she never gets an autograph. Mariposa tells her it's because Willa never has a pen. When Zee tells Mariposa that Queen Marabella called her, Willa flies with Mariposa. The queen tells them Mariposa ought to fly to Shimmervale as a Royal Ambassador, and while she's there, Willa would take care of the library. Carlos would help her. Then, Willa helps Mariposa to pack her clothes and close her suitcase.

In the library, Willa does not do as much work as Carlos does. The first day, she oversleeps and brings breakfast. When she greets Carlos who had almost knocked her down and her breakfast with boxes of books, she is corrected by Carlos that it is afternoon and lunchtime when she says "Good morning" and when she offers him breakfast. She has also forgotten to read for the elderly, which is also what Carlos forgot to do. She had also screwed up on being a tour guide because her lack of knowledge on Flutterfield. Thus, two people chase her for a refund in the end of the movie.

She has purple hair, blue eyes and fair skin. She wears a crown on her head covered in deep blue flowers and wears a silky purple dress. 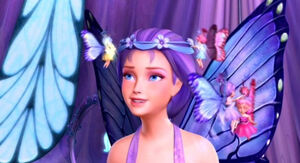 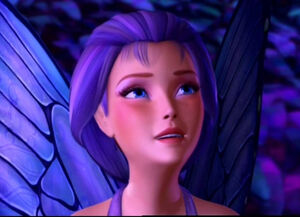 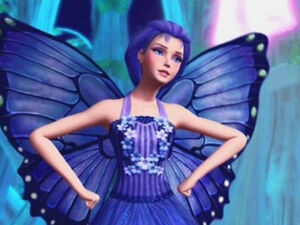 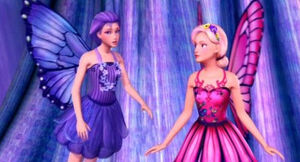 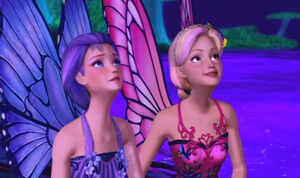 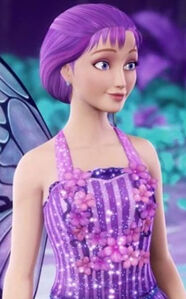 Willa in the second film. 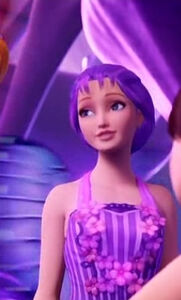 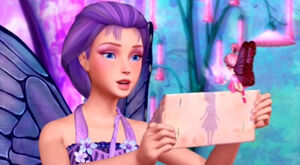 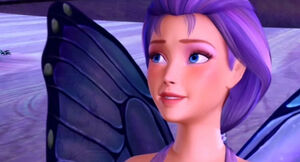 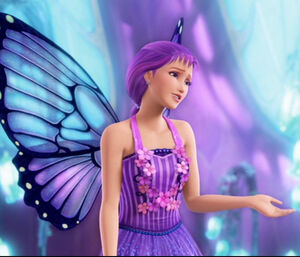 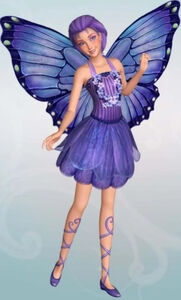 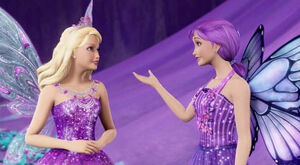 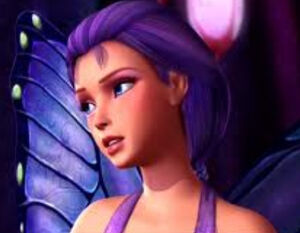 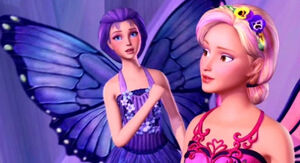 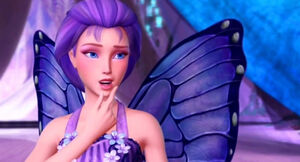 Retrieved from "https://hero.fandom.com/wiki/Willa_(Barbie)?oldid=1837399"
Community content is available under CC-BY-SA unless otherwise noted.