To stop his Digimon Partner, Kokomon.

Willis is character of Digimon: The Movie. He is a DigiDestined boy from Colorado, partnered with Terriermon and Kokomon.

He was voiced by Nami Miyahara in the Japanese Version and Bob Glouberman in the English Version.

Willis had no other human friends, and was very close with his Digimon. He thought it would be great to have more of them, and so he tried to create a Digi-Egg of his own on his computer.

When the Digi-Egg containing the Botamon appeared at Highton View Terrace four years before the events of summer 1999, at the same, another Digi-Egg appeared through Willis’s computer, and hatched into twin Digimon, who, over time, Digivolved into the In-Training Digimon, Gummymon and Kokomon.

In March 2000, before it could hatch, it inadvertently wound up on the Internet, where it was infected by a virus, and mutated, hatching into the half-Digimon, half-virus creature, Kuramon. Kuramon eventually Digivolved into his Mega form of Diaboromon and took over the Internet and worldwide communications, planning to wipe out the DigiDestined with a nuclear strike. Willis had previously met Izzy of the Japanese DigiDestined via the Internet, and offered advice as Izzy, Tai, Matt and their Digimon battled the villain. When Diaboromon was finally destroyed by Omnimon, Willis and his Digimon celebrated but it wasn’t to last, as, somehow, the virus that had created Diaboromon became corporeal, and infected Kokomon, dragging him away from Willis, mutating him into a monster.

Over the course of the next four years, Willis, along with Terriermon (Gummymon’s Rookie form), kept on the run from Kokomon – who had eventually Digivolved to his Champion form of Endigomon - who would make anyone who tried to help them “disappear.” Somewhere along the way, he found time to help Izzy out with analysis of the new D-3 Digivices belonging to the new DigiDestined.

At some point between the discovery of the Digi-Egg of Friendship' and the first appearance of ExVeemon, T.K. and 'Kari were on vacation in New York, where they witnessed a battle between Terriermon and Kokomon. Kokomon told Willis to “go back,” and Willis deduced that he wanted them to go back to Colorado, where it all began. He and Terriermon hitchhiked their way, as T.K. and Kari tried to follow, but had their plans derailed by Kokomon. Kari contacted Davis, Yolei and Cody, who headed for Colorado, and encountered Willis along the way, in the back of a truck they all had hitched a lift in. Their Digimon got along well together, and Willis noted that it was nice to be around others for a change. When their next ride arrived, however, Davis, Willis and their Digimon wound up left behind, to be attacked by Kokomon. Flamedramon and Gargomon fended him off, but Willis refused to tell Davis what the connection between him and Kokomon was.

Raidramon carried them all to Summer Memory, Willis’s family’s Colorado home, where Willis finally let the truth come out. He told Davis Kokomon’s origins, and swore that he would finish the battle once and for all. Terriermon insisted that he be allowed to fight alongside him. The next day, Kokomon reappeared, and Digivolved into his Ultimate form of Antylamon. Following a fierce battle with Gargomon and the other Armour Digimon, he sank beneath a lake, and emerged having Digivolving once more, in his Mega form of Kerpymon. Kerpymon De-Digivolved the Digimon and was all set to consume them, when T.K. and Kari arrived with Angemon and Angewomon in tow. Kerpymon used his powers to reverse time, transforming the kids back into toddlers, and Willis realised that he had not meant for him to “go back” to Colorado... but “go back” in time to when the virus first attacked Kokomon. Angemon and Angewomon used all of their energies to Digivolve into their own Mega forms of Seraphimon and Magnadramon, and released the Golden Digi-Eggs. Willis received the Digi-Egg of Destiny, and, at Davis’s instruction, used it to Golden Armour Digivolve Terriermon into Rapidmon. Rapidmon, together with Magnamon, ventured within Kerpymon and destroyed the virus within him, restoring him to normal. But without he virus, he could not heal his injures, and deleted. Willis thought he had lost both of his Digimon, but then Terriermon and Veemon reappeared.

Later, when everyone was restored to their correct age, Davis told Willis how Digimon never really die. The Japanese kids escorted him back to New York, where he gave Yolei and Kari a farewell kiss each, much to Davis’s shock. Then, as he phoned his mother, Terriermon caught the scent of a Digi-Egg – it was Kokomon, reborn.

He is mentioned by Izzy in the series, first in “Guardian Angel,” (his first actual mention, as that episode aired before the movie), and again in“Dramon Power.”

He, Terriermon and Lopmon walking on the beach together after Eosmon is defeated. 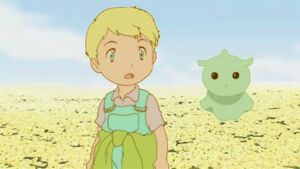 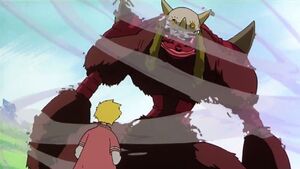 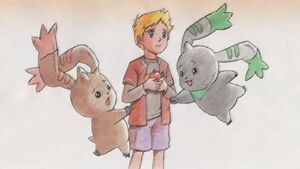 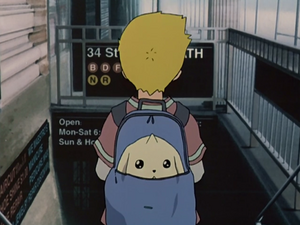 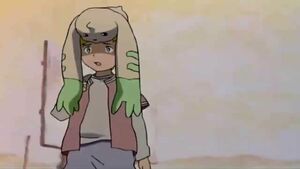 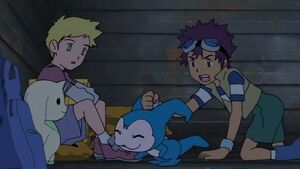 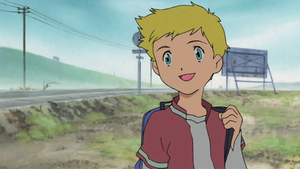 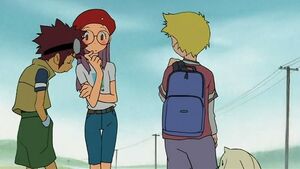 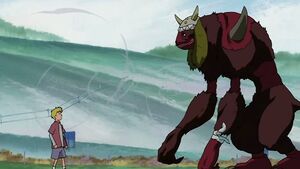 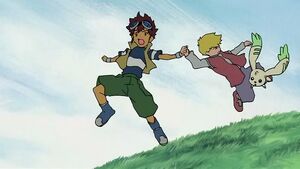 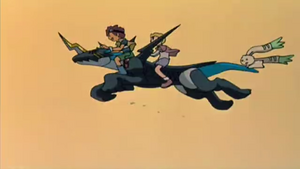 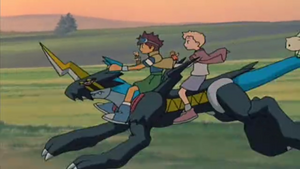 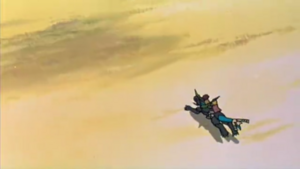 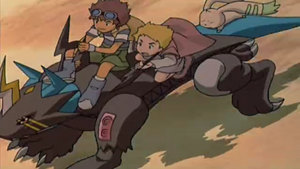 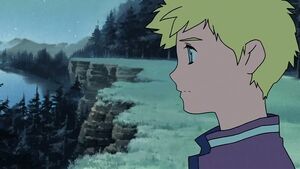 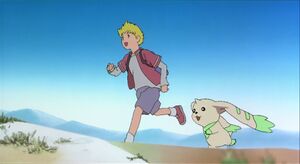 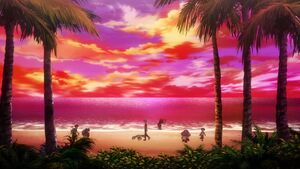 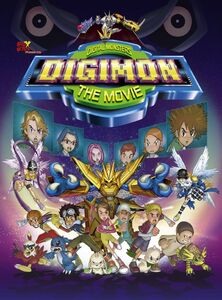 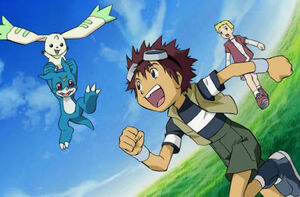