Heroes Wiki
Register
Don't have an account?
Sign In
Advertisement
in: Articles under construction, Angry Birds Heroes, Teenagers,
and 11 more

NOTE: This article is about the incarnation of Willow from The Angry Birds Movie Duology. The mainstream version can be found here: Willow (Angry Birds)

?
Willow is a blue colored bird who is a student of Avian Academy in the The Angry Birds Movie films. She has a crush on Bomb, and also attends Avian Acadamy.

She is voiced by Charlotte Emma Aitchison aka Charli XCX.

Willow is a blue colored bird. She has a many-feathered crest that resembles human hair, which she restrains and conceals by wearing a red and yellow striped hat. She has a turquoise plumage, it becomes paler at the front of her torso and darker around her eyes, which her eyes are red-brown and with squarish eyelashes, she doesn't have eyebrows.

She has a moderate wingspan and an oval-shaped body that tapers towards the bottom and stands on average-length slender, scaly legs that match the color of her beak.

She is very artistic and loves to daydream. Unfortunately, she has grand ideas but cannot always follow through. It aggravates her to see someone destroying her habitat. She is a free spirit but is the shyest of the group. She also feels safest when wearing a large, oversized hat, which she tends to hide under. She sometimes holds back her feelings aside from when pigs are around. She hates it when someone disturbs her when she has a creative art session. 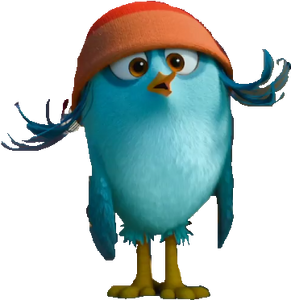 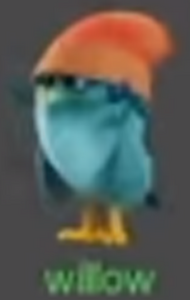 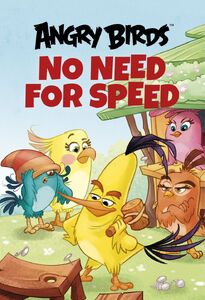