Sleeping.
Overcoming his fears.
Hanging out with Maya and her friends (also later is Violet)
Flirts with Violet (formerly).

Help himself by overcoming his fears (succeeded).

Willy the Bee is one of the main protagonists of Maya the Bee. He is Maya's best friend and also a bit of a rival with Barry.

Wily is lazy, clumsy, cowardly, and sometimes a showoff, but generally good-natured. His relationship to Maya is depicted inconsistently: in most adaptations, he's her best friend, who is in love with her, prone to jealousy when Maya's attentions turn to others. He is often reluctantly dragged into adventures by Maya. 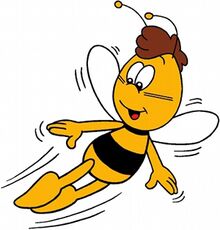 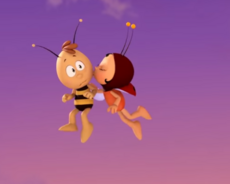