Windstrike is a Weaponizer Mini-Con in Transformers: Robots in Disguise.

When Windstrike and her fellow Mini-Cons were youth and genetically modified, they had been abducted and taken to the Darkmount's laboratory. When Starscream found them after he destroyed the Predacons, he was going to try the theory that if all Weaponizer Mini-Cons were to powerlink with a single host, that host would surge in power to a level beyond that of a Prime. But they escaped, and then they joined the Decepticon Scavengers to get out of Cybertron. And when they came to Earth, they began to persuade the Decepticon Scavengers to find the source while finding a way to escape their own ways. When Decepticons Scavengers were looking for some relic from the bottom of the sea, she and her fellow Mini-Cons were exploring the seabed with the Scavengers. But when they felt Starsream was coming, they took their ship and fled it. Then they headed to the Scrapyard to look for a high energy pulse generator. In search of it, they took control of Bee Team. But when Fixit said a high energy pulse generator was destroyed, they left. And when the rest of the team went looking for Bumblebee, Fixit, Jetstorm and Slipstream with Optimus Prime, they allied with them to help them. But when the Scavengers attacked them, Six of them were abducted by Starscream during the battle. And while he was kidnapping Tricerashot, he got to try Megatron's theory. But Bee Team and Optimus managed to save them and defeat Starscream. And then she went with her fellow Mini-Cons to find a place to call home. 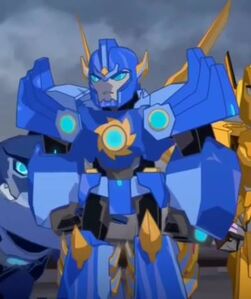 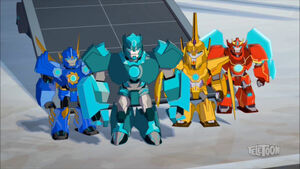 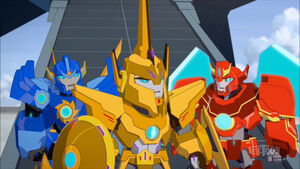 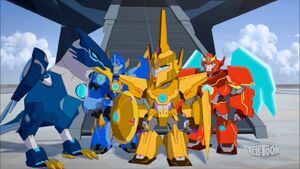 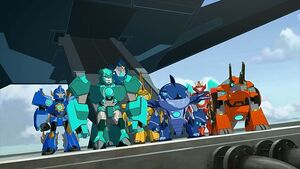 Retrieved from "https://hero.fandom.com/wiki/Windstrike?oldid=2262703"
Community content is available under CC-BY-SA unless otherwise noted.