Winnie Portley-Rind is the deuteragonist of the 2014 Laika film The Boxtrolls.

Winnie is the feisty daughter of Lord and Lady Portley-Rind, who are the leaders of the town of Cheesebridge. Tired of being restricted to her place, she dreams of adventure and is not afraid to achieve her goals.

Winnie is very precocious and is obsessed with stories about the boxtrolls stealing children. As Lord and Lady Portley-Rind's only daughter, she has been cosseted with gifts but hardly gets any attention.

Eleven-year-old Winnie notices the boxtrolls rummaging through trash and roaming around Cheesebridge. Seeing this as an opportunity to grab her pompous father's attention, she sneaks into the Tasting Room, where Lord-Portley Rind and his cronies are chatting about Trubshaw Baby Remembrance Day and interrupts them. Trying to convince her father to pay attention to her and be aware of her safety, Winnie tries to talk sense into him, but he shoos her away and gives her his smudged White Hat to wash.

Out of revenge, Winnie tosses it out the window, and it lands in a mud puddle. Then she realizes what she has done, she runs out the door and comes across Eggs. That is when they first meet. As soon as the Red Hats chase them away, the sinister Archibald Snatcher, who plots to usurp the mayor to seize power over Cheesebridge, catches her out past curfew and escorts her home. Winnie tries to reason with her father and tell him what she saw, but Lord Portley-Rind refuses to hear of it and sends her to bed, presumably without supper.

The next day, Eggs slips out of the boxtrolls' home to find Fish, who was stolen away by Snatcher and his goons. As he does, Winnie signs up to play the Trubshaw Baby in a play to honor the stolen child to tell the performer Madame Frou Frou (who is actually Snatcher in disguise) about her encounter with Eggs. The show goes on, but Winnie feels ignored and when she comes across Eggs, who is disguised as a man, she tells him off for being a robber but learns that he the same boy she discovered the previous night.

Eggs tells Winnie that the boxtrolls are not the bloodthirsty, child-eating monsters the townspeople think they are. Our heroine doesn't believe him and follows him into the the Red Hats' factory, where she falls into Snatcher's trap. Eggs swings down on a rope and saves her; the two of them make a getaway and slide into the boxtrolls' den. Winnie screams at the sight of the creatures, but realizes that, of course, the boxtrolls aren't dangerous. She also reminds Eggs that he is a boy, not a boxtroll. Eggs, aided by the rescued Fish, tells her the truth that he was not kidnapped by the boxtrolls, but given to them instead by his father, Herbert Trubshaw, an inventor, when Snatcher tried to steal him away. Trubshaw was overpowered and supposedly killed.

Winnie tells Eggs that the kind man in the story was presumably his father. This gives Eggs an opportunity to tell Snatcher the truth with Lord Portley-Rind's assistance. Winnie helps Eggs transcend from boxtroll to boy, telling him to take off his box and dressing him up as a proper boy. She even teaches him how to be a proper boy, like how to greet people.

After Eggs escapes from Snatcher's grasp, he runs into Winnie, who teaches him how to dance. Snatcher, disguised as Frou Frou, tries to seize Eggs, who accidentally knocks a huge wheel of cheese out the door. Eggs manages to expose Snatcher as a fake, but Lord Portley-Rind doesn't believe him and boots him out of the mansion. Winnie and Eggs bid each other farewell, and as soon as Eggs tries to convince the boxtrolls to hide, Snatcher and his men break into their home and capture them.

When Eggs is tied up, stuffed into a boxtroll costume, and about to be roasted alive in front of a mob of villagers, Winnie knows she has to stop it. She convinces Snatcher's henchmen, Mr. Trout and Mr. Pickles, to redeem themselves and they almost let Eggs go, but Snatcher's brutish thug, Mr. Gristle, interferes and lowers Eggs towards the roaring fire. Just when all hope is lost, Trubshaw and the boxtrolls charge to the rescue. The boxtrolls swoop down on Mr. Gristle and overpower him, tossing him into a barrel of leeches, then lower Eggs from the furnace and untie him. Snatcher's lies and the boxtrolls' innocence are revealed. Snatcher goes on a rampage, attempting to steal Portley-Rind's hat, but Winnie takes it and distracts the villain with it. Working together, she and Eggs take down the Mecha Drill that Snatcher is driving.

The robot topples onto Mr. Gristle and flattens him while Snatcher tumbles into the giant cheese, which, due to his lactose intolerance, leads him to grow to a monstrous size. Snatcher recaptures Winnie and forces Portley-Rind to give him his White Hat. Declaring his victory, he takes her, Fish, Eggs, and Portley-Rind to the Tasting Room, where he is about to sample a piece of cheese. Winnie frees herself from Snatcher by chomping down on his hand. Eggs convinces Snatcher to let go of his greed, but the evil man refuses and makes it clear that the cheese is his destiny. But after Snatcher samples it, his allergy sets off and he explodes into a pulpy mess, putting an end to his reign of terror once and for all.

In the end, Winnie becomes the town storyteller. 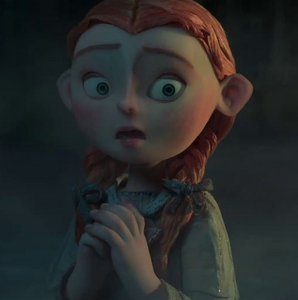 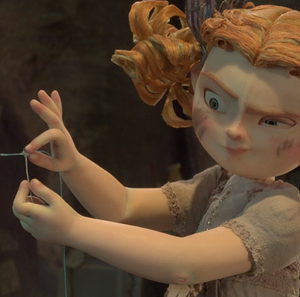 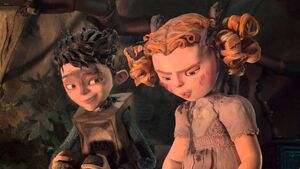 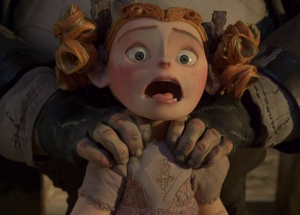 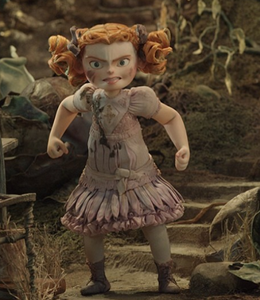 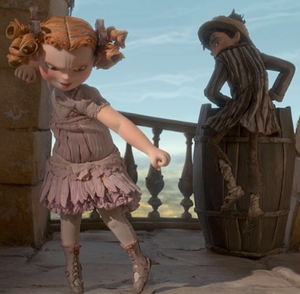 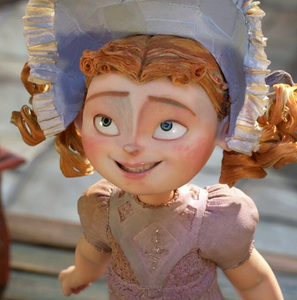 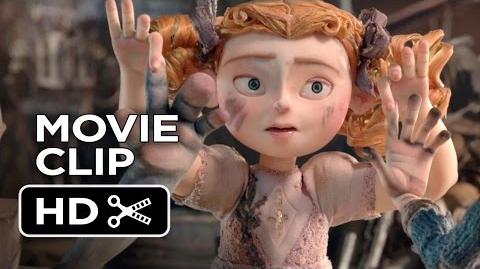 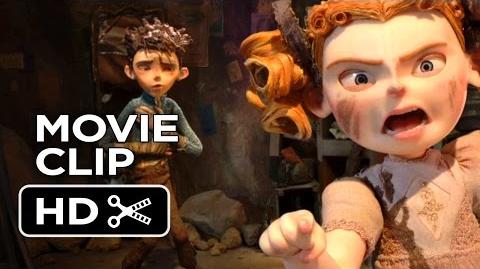