Create the perfect automail, Help Ed and Al the best she can

Winry Rockbell is one of the main female protagonists of the anime/manga series Fullmetal Alchemist. A childhood friend of the Elric brothers, she is almost like a sister to the two and essentially their only family. An amateur surgeon and mechanical repair specialist/enthusiast, Winry acts as Edward's rear line support as his personal automail engineer and mechanic, making sure his prosthetic right arm and left leg are always in good working order. Additionally, she provides a great deal of emotional support for the pair and plays the role of Edward's love interest.

Winry is an attractive young girl with long, light blonde hair and blue eyes. She has a petite, girlish figure and is slightly taller than Edward for most of the story. She usually wears her hair in a long ponytail tied high in back, while leaving a loose curtain on either side of her face and her bangs falling casually from right to left across her forehead. Winry wears her ears pierced in an avant-garde style, with two identical pairs of hoop earrings on each earlobe and an additional two cuff studs worn vertically on her right ear, above the others. Though multiple characters have commented on her ladylike beauty in public, Winry is an unabashed tomboy and spends much of her time dressed in her mechanic's garb, donning a beige worker's jumpsuit with the top half open and tied around her waist to reveal her usual black tube top and her bare midriff. After her move to Rush Valley, Winry swaps out her tube top for a black and white halter with a large zipper down the front, but the remainder of her work outfit remains the same. Additionally, she ties her hair back with a characteristic bandanna, wears house slippers and protects her hands with light brown suede craftsman's gloves while working. When going out for a jaunt, however, Winry is quite partial to light-colored tank tops and short skirts and occasionally wears her hair down. Though Edward spends much of their early life taunting her for having "no sex appeal", Winry's figure becomes progressively more shapely over the course of the story.

Winry is a very emotional, strong-willed and emphatic girl who puts all her heart and effort into the things she does. Enthusiastic about machinery, Winry is most at home near cranking gears, whirring bearings and the smell of oil and becomes absolutely giddy when given the opportunity to interact with and learn about such things, causing Edward to mock her as an "engineering otaku" or a "crazy gearhead". She is stubborn and straightforward, often calling others out for their weaknesses and delusions. Though she shares this trait with Edward, Winry is a bit more tactful with her honesty and usually only displays this side of herself to her closest relations. Winry's stout heart allows her to make difficult and dangerous choices very easily so long as they coincide with her strong sense of duty and morality. Contributed to by both of these characteristics is her willingness to work with almost excessive devotion on the various automail whose maintenance she undertakes for the sake of the people who depend on her, going so far as to take multiple consecutive overnight workshop sessions and travel long distances without hesitation in order to ensure their prompt and proper completion.

Kindhearted and empathetic, Winry is the type of person who consistently tries her best to aid and support the people around her. She is very sensitive to the pain of others and has been known to cry frequently on behalf of people who won't cry for themselves, earning her the distinction of being a bit of a "crybaby" in Edward's eyes. As one who values family (immediate and extended) above most other things, Winry is a bit of a worrier and concerns herself with the welfare of people she cares about. It is likely this care that makes her so popular with her clients in Rush Valley, all of whom are greatly moved by the attention to personal detail that she willingly gives to each of them.

However, on the other side of her sensitive and emotional nature is a temper that easily rivals - if not overshadowing - even that of Edward Elric. When insulted, hurt or embarrassed, Winry is prone to lash out violently - though typically the victims of such tantrums are Ed and Al, in which case she has been known to use her own wrench as her main weapon.

Winry is an exceptionally gifted and passionate mechanic, excelling in the repair of machines of widely varying complexity. Of course, her truest passion and most extensive expertise is in the crafting and overhauling of automail prostheses. Brought up under the tutelage of her grandmother, master automail engineer Pinako Rockbell, Winry has been working with automail for most of her youth and can be considered somewhat of a machinist prodigy, having built Edward a complex pair of limbs at the tender age of eleven. Since that time, her skills have improved to the point that she has surpassed even her grandmother (once hailed far and wide as the "Pantheress of Resembool") and gained a fair bit of notoriety in her position at Atelier Garfiel in Rush Valley.

In addition, Winry appears to have a remarkable wealth of surgical knowledge for her age (despite a lack of formal training), gleaned from having grown up in a family of surgeons. Edward remarks that Winry's early comprehension of advanced medical literature is on par with the familiarity with alchemical texts shared by the Elric brothers when they were young.

Though displaying relatively few particularly feminine traits in the beginning of the series, Winry learns to bake from Gracia Hughes during her first trip to Central City and develops her ability to bake pies - specifically apple pies - as the series progresses. 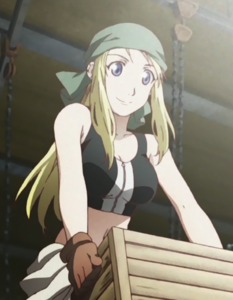 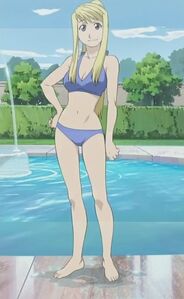 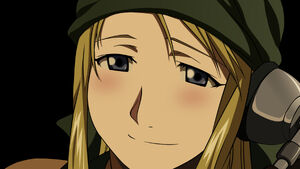 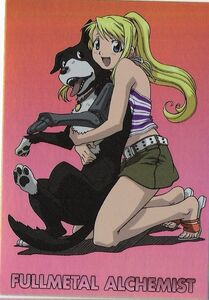 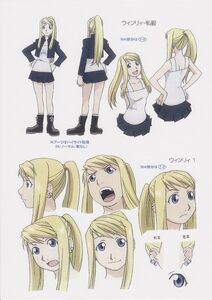 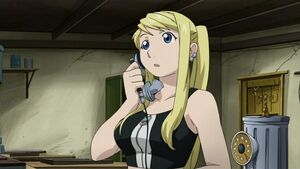 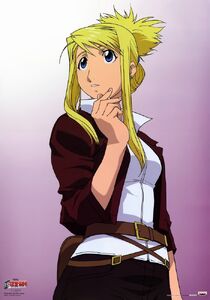 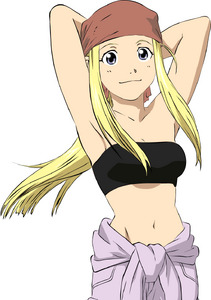 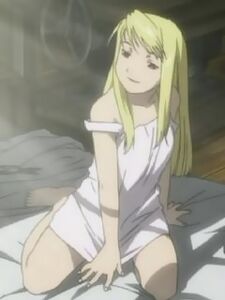 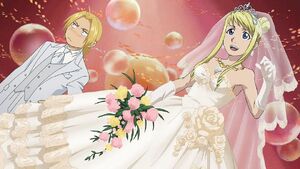 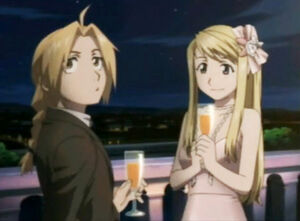 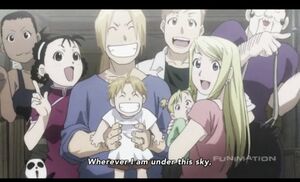 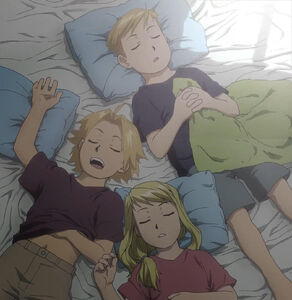 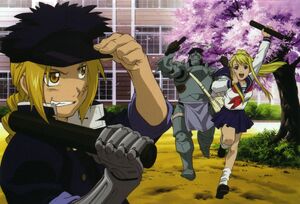 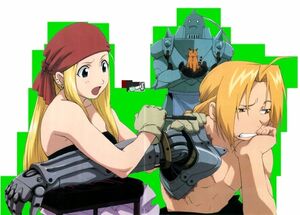 Winry, Edward and Alphonse were in barefoot rump. 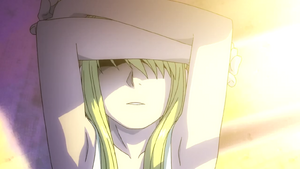 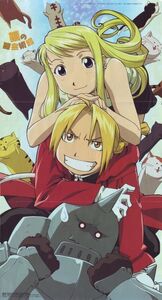 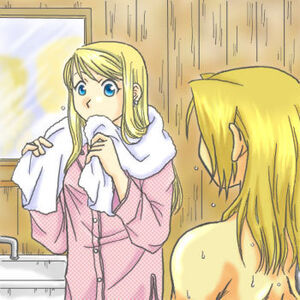 Winry see Edward soaked, wet and naked.
Add a photo to this gallery

Retrieved from "https://hero.fandom.com/wiki/Winry_Rockbell?oldid=1738313"
Community content is available under CC-BY-SA unless otherwise noted.