Keeper of the Rock of Eternity

No information
The Wizard Shazam is a character from DC Comics, the DC Extended Universe, and several DC animated TV shows.

He is an ancient and powerful god-like wizard who is the keeper of the Rock of Eternity, a sacred place in Fawcett City used to exorcise and imprison evil beings.

The Wizard Shazam chose a young kid, Billy Batson, to be his emissary. He used his powers to give Billy the ability to transform into a being with the intelligence of Solomon, the strength of Hercules, the fighting skills of Achilles, the lightning of Zeus, the durability of Atlas, and the speed of Mercury (aka Hermes). This combined, transformed being is known as the superhero Captain Marvel.

The Wizard Shazam acts as a mentor to Billy Batson, teaching him all he needs to know to be a figure. He also acts as a father figure to Billy, whose real father long since passed away.

In recent years, Captain Marvel has become known as Shazam. In turn, the Wizard Shazam is now known as Mamaragan.

He is portrayed by Djimon Hounsou in the DC Extended Universe.

In Justice League Action, he was voiced by the late Carl Reiner. 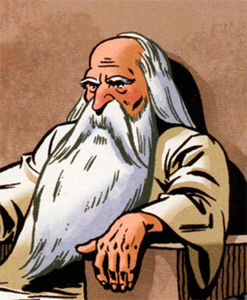 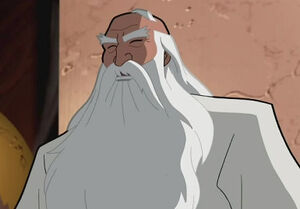 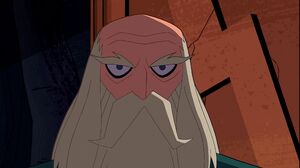 Retrieved from "https://hero.fandom.com/wiki/Wizard_Shazam?oldid=2122055"
Community content is available under CC-BY-SA unless otherwise noted.