The Wizard of Oz is the titular major character of the 1939 movie of the same name. He is played by the late Frank Morgan who also played the Gatekeeper, a Cabbie, and the Wizard's bodyguard.

He is not a real wizard but an ordinary man from Omaha, Nebraska who was accidentally sent to Oz in a hot air balloon in a terrible storm while performing at the carnival. When he landed in Oz, the people thought he was a great wizard and gave him a job as their local sorcerer. His Kansas counterpart is a touring fortune teller named Professor Chester Marvel who had a horse named Sylvester.

In Oz: The Great and Powerful, his real name is Oscar Diggs.

When a little farm girl named Dorothy Gale and her pet dog Toto are swept away by a Kansas cyclone and unexpectedly transported to the magical Land of OZ, she is desperate to find a way home again. The only one powerful enough to truly help Dorothy is the mysterious and reclusive dominant ruler of Oz known as the great Wizard. The girl and her dog are then forced to embark on a remarkable journey filled with many adventures as they travel throughout Oz to seek him. However, no one knows that this Wizard has a shocking secret to protect! And to do so he will send Dorothy to prove herself worthy of his assistance; to successfully eliminate Oz's most dreaded baddie—the Wicked Witch of the West, or die trying. 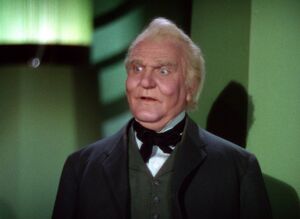 The Wizard in Tom and Jerry and the Wizard of Oz 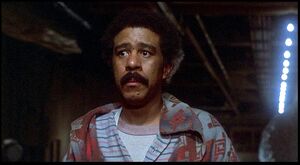 The Wizard in The Wiz 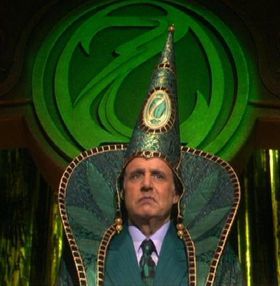 The Wizard in The Muppets' Wizard of Oz 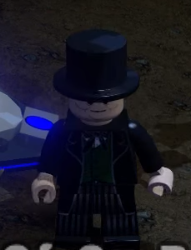 The Wizard in LEGO Dimensions 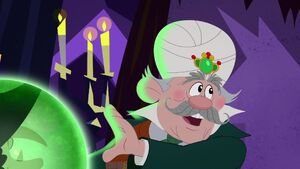 Retrieved from "https://hero.fandom.com/wiki/Wizard_of_Oz?oldid=1874941"
Community content is available under CC-BY-SA unless otherwise noted.