Barbie as the Princess and the Pauper

Wolfie is a character in the 2004 animated film, Barbie as the Princess and the Pauper. He is a small calico cat voiced by Ian James Corlett. Wolfie is owned by Queen Erika, and the princess of their kingdom, Princess Anneliese, looks identical to Erika. Anneliese has a cat, Serafina, who is Wolfie's love interest.

Serafina was also taken with her. Julian, Anneliese's tutor and love interest, wanted to investigate what happened to Anneliese, so her asked Erika to pretend to be the princess. Wolfie and Erika stay in the palace. Wolfie lets Erika know he is insecure because he doesn't act like a typical cat. Erika makes him feel better by singing "The Cat's Meow" to him.

When Anneliese is rescued, with help from Erika, Julian and King Dominick, whom Anneliese was engaged to, Wolfie and Serafina are reunited. While Erika pretended to be Anneliese, she and Dominick fell in love. Julian and Anneliese were already in love with each other, but him rescuing her made their relationship even stronger. Anneliese and Julian, and Erika and Dominick had a double wedding.

Wolfie and Serafina also had their own small wedding, and they had several kittens together.

Erika and Wolfie are very close, and she can tell when he is feeling sad. Even though he doesn't act like a typical cat, Erika loves him and encourages him to celebrate being himself. Erika thinks Wolfie is useful, and it makes her happy to see Wolfie playing. She told Wolfie she loves him how he is and that she would never stop loving him, no matter how he is. 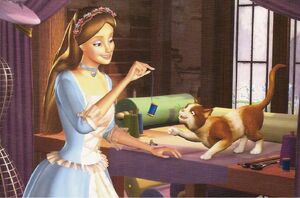 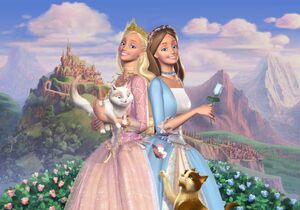 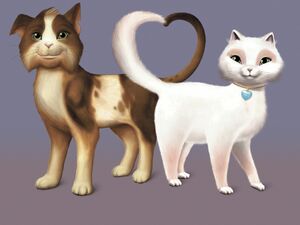 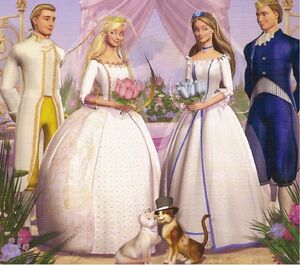 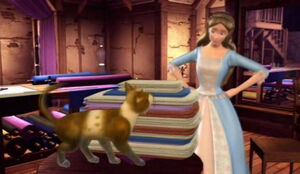 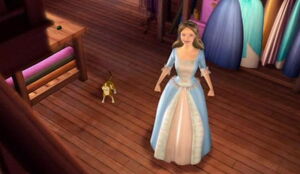 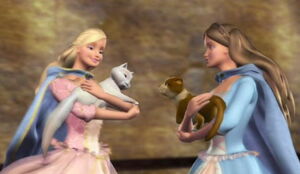 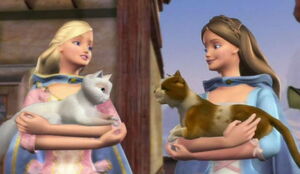 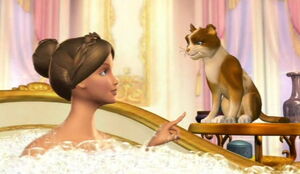 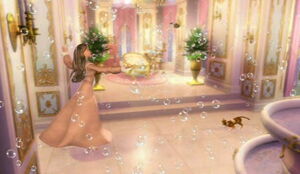 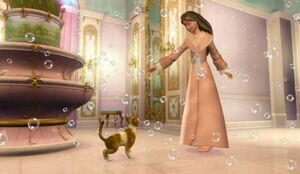 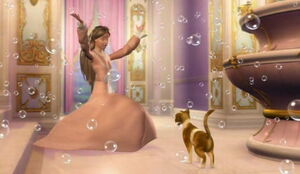 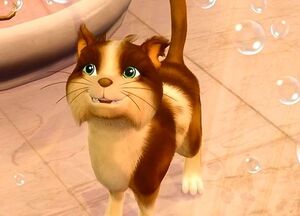 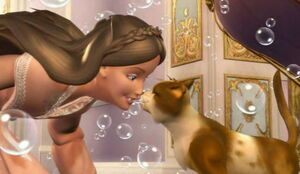 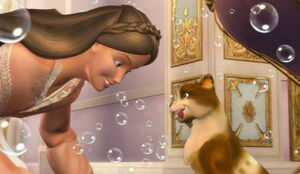 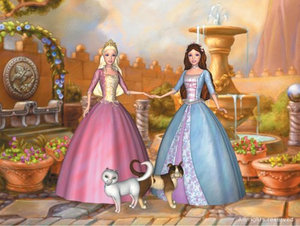 Retrieved from "https://hero.fandom.com/wiki/Wolfie?oldid=1941171"
Community content is available under CC-BY-SA unless otherwise noted.