Protect mutant and mankind
Help Sunspot with the new A.I.M.

Wolfsbane (real name Rahne Sinclair) is a fictional superheroine in the Marvel Comics and Universe, associated with the X-Men and the New Mutants.

She was originally a member of the X-Men's 1980s junior team The New Mutants. Later on she joined the Pentagon-sponsored X-Factor and was also associated with the British superhero team Excalibur. She appeared for a time as a teacher at Xavier's Academy in New X-Men. She served as a member of the X-Factor Investigations detective agency.

She was created by Chris Claremont and Bob McLeod, and first appeared in Marvel Graphic Novel # 4 in November of 1982.

Rahne Siclair a werewolf mutant raised as an orphan. When Rahne was born her mother died in childbirth and was raised as a orphan by Reverend Craig her father who did not want anyone to know she was his daughter. When Rahne was little Craig forced a strict religious code so she would become a Presbyterian.

Rahne has the personality of a wolf. She is loyal, fearless and territorial. If Rahne feels her friends or her home is threatened in anyway, she is ready to face the danger. She has a catastrophic self-image, lives terror of sin, lives in shame and is shy and timid. She cries fairly easily and sees no particular reason to hide this. Rahne also feels uneasy and over whelmed in large cities.

However despite her timidity, Rahne is smart and very courageous. She can soldier through considerable pain and distress, though she obviously feels miserable when doing so. Rahne is a sweet kid, who wants to do good and help people. She wears her heart in her sleeve, and has strong emotions.

As a wolf she feels free and uninhabited she loves experiencing nature through her animal senses and can leave all of her problems behind as she runs wild. Until her feelings of guilt and sinfulness catch up with her then she goes back to being sad.

Mutantion: Wolfsbane's mutantion started when she was around 13 to 14 years old. Unlike other mutants Rahne has the powers of a wolf which causes people to mistake for a werewolf instead of a mutant. 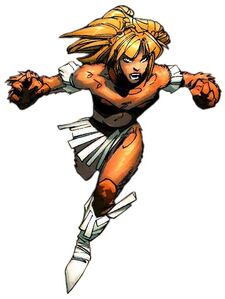 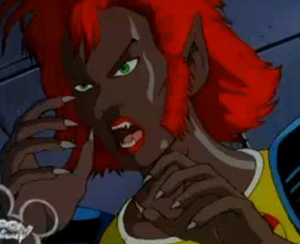 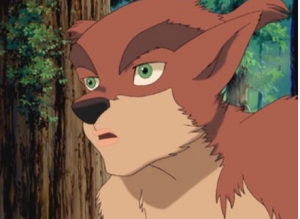 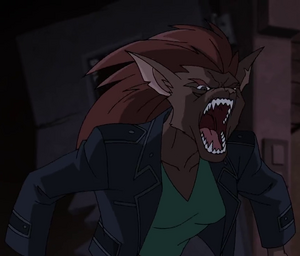 Wolfbane in Wolverine and the X-Men.