Save the world from evil threats and supervillains.

Diana Prince, also known as Wonder Woman, is the overall tritagonist in the DC Animated Movie Universe. She's an Amazon warrior from Paradise Island. She's armed with a sword and the Lasso of Truth, a lariat that compels men to speak only the truth. She left Paradise Island and found herself in Washington D.C. as a political envoy. Steve Trevor was assigned to serve as a liaison between the U.S. federal government and Diana.

She was voiced by Michelle Monaghan in War and by Rosario Dawn for the rest of the franchise. Dawn also played Ahsoka Tano in The Mandalorian.

Wonder Woman arrived in Washington D.C. to meet with President Julian of the United States, accompanied by Colonial Steve Trevor in the midst of a superhuman protest. When Wonder Woman offered to help against who they were protesting against, she was shocked to find they were protesting her. After lassoing the truth out of one protestor, she goes with Steve to meet with the president.

Wonder Woman later grew weary of waiting for the president so she left and on her way out, she met Hannah Grace and the two had ice cream together. Steve Trevor later found Diana and told her to come back to the white house, reminding Diana that she was a political envoy, but Diana affirms she is a warrior and Steve agrees, but tells Diana she's a warrior with responsibilities. Steve asks her out to home made ice cream before parademons invaded Washington D.C. Wonder Woman sprung into action and fought them.

Later, Wonder Woman and Superman joined Batman, The Flash, and Green Lantern in the fight against Parademons in Metropolis. She greet them as warriors. Green Lantern tries to say hi, but Superman steps in the way. They are suddenly surprised by the arrival of Victor Stone, who has just recently been enhanced by apoklipian technology and is now half-android. Wonder Woman considered him a threat and tries to attack, but Cyborgs armor blasts Wonder Woman. Superman prepares to attack Stone, but Stone insists he's not with the parademons. Flash vouches for Victor and they stop. After Shazam arrives on the scene, Victor tells the others of the pardemons plan to terrafrom the earth and Darkseid arrives, taking out each hero one by one. Wonder Woman tries to fight Darkseid, but Darkseid defeats Wonder Woman and Superman catches her. Darkseid defeats all the heroes and captures Superman.

While Batman went to saving Superman, Green Lantern gathers the others to work together against Darkseid. They plan to blind him, but when Shazam messes up the plan, Wonder Woman leads the charge. During the battle, Wonder Woman rematches Darkseid personally and takes out his right eye. Darkseid later pummels Wonder Woman into another building, but is saved by the others. The heroes fight Darkseid and manage to take out his other eye, but Darkseid still fights. Victor Stone then uses the mother boxes to send Darkseid and The parademons back to Apokolips. Darkseid manages to hold of the league until Batman and Superman arrive and together, the heroes defeat Darkseid and send him back to Apokolips.

By the next morning after the battle, The heroes are honored by The President for their efforts. Wonder Woman has a conversation with Superman and states while it was good to be part of a team, she has never met anyone like Superman, god or mortal. Superman and Wonder Woman look long at each other, causing a jealous Steve Trevor to leave Washington. Flash proposes the idea that the heroes could be a team, but Wonder Woman states she has responsibilities as does Shazam. When the president asks for the heroes names: Shazam calls the team the super seven much to the teams dismay.

Wonder Woman appears in Justice League Dark, stopping a woman from further running over civilians with her car while hallucinating them as demonic creatures. After Superman and Batman dealt with similar cases, The Justice League held a meeting at the Hall of Justice on the recent increase of homicides around the world which she suggested is caused by some form of magic, but Batman didn't believe that to be the case. She later appears along with Superman and John Stewart trying to stop Destiny who attacking a city until they fell under his spell and began to hallucinate Batman as a demon and attempt to attack him. She was along with Superman retrained by Zatanna.

Reign of the Superman

She has a somewhat childish nature. She bails on meeting the president because she didn't want to wait, cares little to nothing about the customs of the Nation she is in, and constantly thrusts her sword at people which clearly terrifies them. It has gotten so bad that at the beginning of War, there is a protest group wanting her gone. She is practically ecstatic when entering into a battle, giving major blows to enemies. Her interactions with Hannah Grace in indicates that she has a soft spot for children. She can be boisterous, battle for ask questions act and smug. She has a love for battle. She even admits that fighting is what she is good at compared to being a diplomat, which begs the question why Paradise Island would send her in the first place if she's incapable of being a diplomat. She's much calmer and closer to her traditional personality by her third movie when compared to her first one. 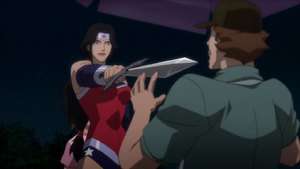 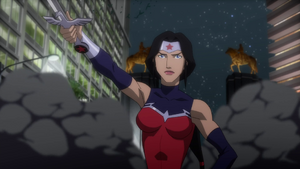 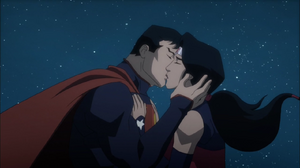 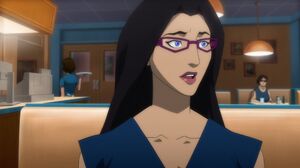 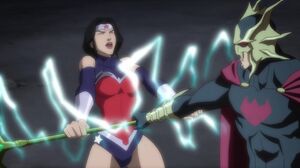 Wonder Woman and her friends in Atlantis. 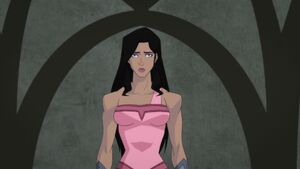 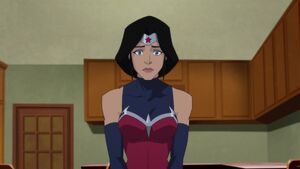 "It is why I came. To help protect man's world." 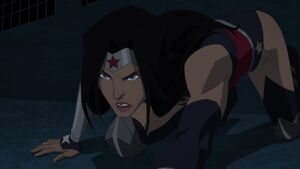 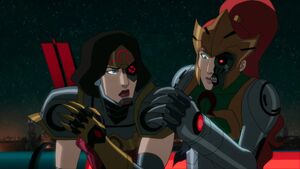