The stars of Woody's Roundup

They all have their own

A man named Al McWhiggin found these toys and planned to sell them to a toy museum in Tokyo, Japan. However Woody was owned by a boy named Andy Davis and Al stole him from Andy's house. When Buzz Lightyear, Slinky Dog, Mr. Potato Head, Rex and Hamm came to rescue Woody, they brought them home with Jessie and Bullseye while Stinky Pete, who turned out to be evil, ended up with a young girl named Amy. 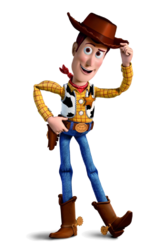 Sheriff Woody the cowboy and the star of the show 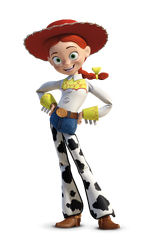 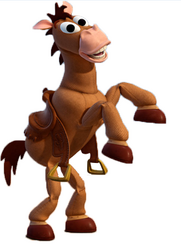 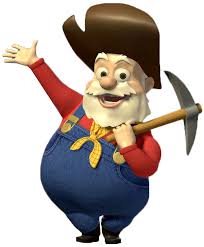 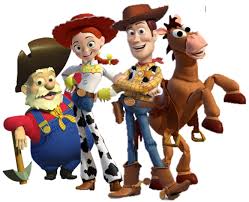 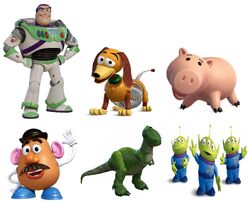