Spending time with Knothead and Splinter.

Be better than Andy Panda in everything, but still being his best friend

Woodrow Joseph Woodpecker (better known simply as Woody Woodpecker) is the titular protagonist in the animated series of the same name.

Woody was created in 1940 by the late cartoonist Walter Lantz and developed by the late storyboard artist Ben "Bugs" Hardaway, who had previously laid the groundwork for two other screwball characters, Bugs Bunny and Daffy Duck, at the Warner Bros. cartoon studio in the late 1930s. Woody's character and design would evolve over the years, from an insane bird with an unusually garish design to a more refined looking and acting character in the vein of the later the late Chuck Jones version of Bugs Bunny. Woody was originally voiced by the late prolific voice actor Mel Blanc, who was succeeded by the late Ben Hardaway and later by the late Grace Stafford, wife of Walter Lantz.

Lantz produced theatrical cartoons longer than most of his contemporaries, and Woody Woodpecker remained a staple of Universal's release schedule until 1972, when Lantz finally closed down his studio. The character has been revived since then only for special productions and occasions, save for one new Saturday morning cartoon, The New Woody Woodpecker Show, for the Fox Network in the late 1990s/early 2000s.

Woody Woodpecker cartoons were first broadcast on television in 1957 under the title The Woody Woodpecker Show, which featured Lantz cartoons bookended by new footage of Woody and live-action footage of Lantz. Woody has a motion picture star on the Hollywood Walk of Fame on 7000 Hollywood Boulevard. He also made a cameo alongside many other famous cartoon characters in the 1988 film Who Framed Roger Rabbit.

Woody Woodpecker and friends are also icons at the Port Aventura Park in Salou, Spain. Brought to the park by Universal Studios, Woody and friends remain there despite Universal no longer having a financial stake in the park.

In the 2017 live-action/CGI film and the 2018 YouTube series, Woody is the main protagonist. 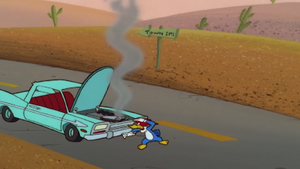 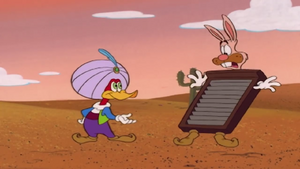 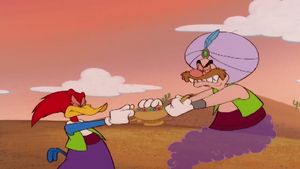 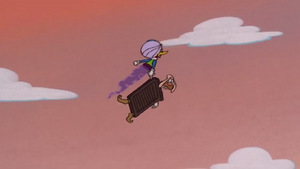 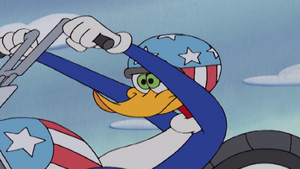 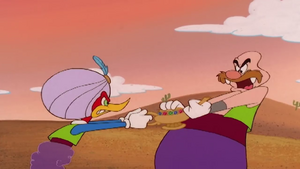 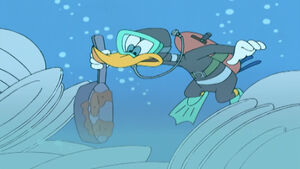 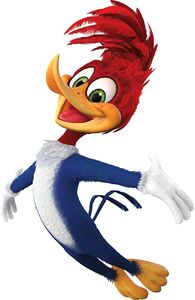 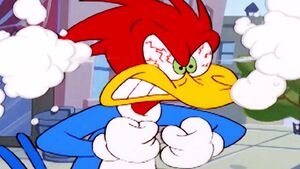 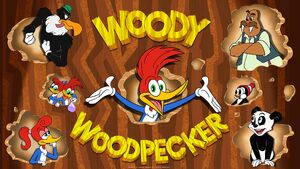 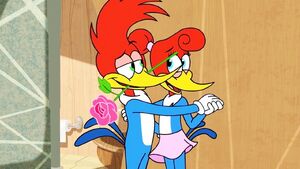 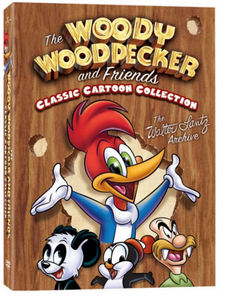 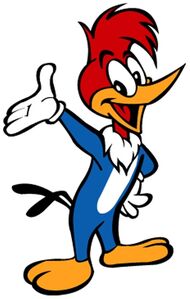 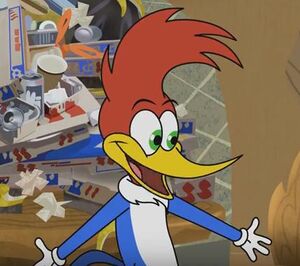 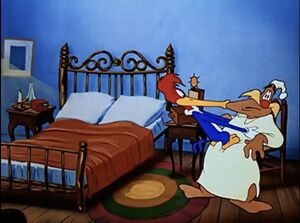 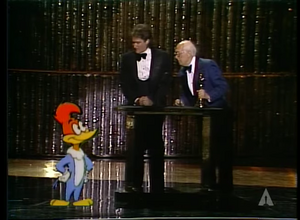 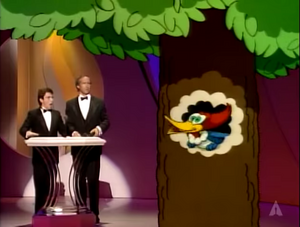