Wrinkly Kong is the wife of Cranky Kong and grandmother of Donkey Kong. She is also an intelligent ally of the Kongs. Regardless of her death after Donkey Kong Land 3, her spirit continues participating in video games, and aiding the other Kongs.

She appears in most Donkey Kong games. In most of the games she appears in, she provides information or hints. She has been playable only in two games. She also made an appearance in one comic.

Wrinkly Kong travels with Diddy, Dixie and the other Kongs to Crocodile Isle in search for the kidnapped Donkey Kong. She can be found at Kong Kollege where she will offer to share information about friends, enemies, and mechanics in the game. Wrinkly will also save the player's game, although it will cost two Banana Coins for the first time the player saves at a different Kong Kollege.

Wrinkly Kong reprises her role from DKC2 and can save the player's game at Kong Kollege.

Wrinkly can be interacted with inside various "Save Caves" found throughout the Northern Kremisphere. Like in the previous game, Wrinkly Kong can save the player's progress and she will also mind any Banana Birds the heroes find on their travels. Wrinkly can be spotted doing different activities inside the cave, including exercise, playing video games, sleeping and simply sitting on her rocking chair. In the Game Boy Advance version of DKC3, Wrinkly has become a Monk and can be instead found at retreats.

Like in DKC3, Wrinkly can save the player's game. However, she is now found in a refuge.

Wrinkly Kong had already passed away by the events of this game, but returns as a ghost to assist the Kongs using her supernatural powers.

She will appear behind Wrinkly doors that are found within world lobbies and can give information about secrets hidden in levels. However, the info will only be related to the Kong associated with the door's color.

Wrinkly returns again as a ghost to serve as a tutorial for Donkey Kong's abilities. She can also be unlocked as a playable character in Jungle Jam by collecting all Crystal Coconuts in the game.

Wrinkly Kong only appears during the introduction cutscene of Adventure Mode. She is seen vacationing with with her husband Cranky and the other Kongs on Sun Sun Isle. 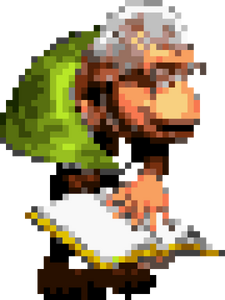 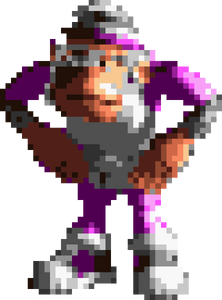 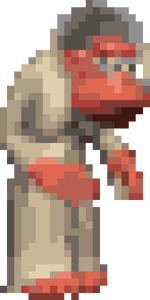 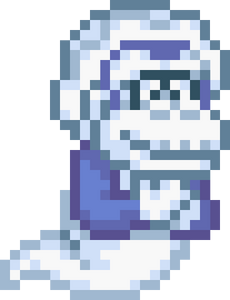