Help her family to expand Wu.

Supporter
Wu Guotai (Chinese: 吳國太) is a character in the 14th-century Chinese classic novel Romance of the Three Kingdoms by the late Luo Guanzhong, and its multiple adaptations. She is a younger sister of Lady Wu, Sun Jian's second wife, and the mother of Lady Sun and Sun Lang.

Wu Guotai and her sister shared the name of "Lady Wu". Sun Quan is here to consider whether to resist Cao Cao. Hearing his concerns, she reminded his mother of the dying words, "For internal matters consult Zhang Zhao; for external policy Zhou Yu.". This persuaded Sun Quan to discuss this matter with Zhou Yu, laying the foundation for the battle of Chibi against Cao Cao's naval fleet.

When Liu Bei was in the southern region, Wu Guotai became more prominent. When Sun Quan tried to trick Liu Bei on the pretext of proposing a marriage between him and his sister, Wu Guotai would naturally fall into the dark on this matter. Once the news of the wedding arrangement broke out, the confusing hostess condemned Sun Quan and Zhou Yu's mouth. She enthusiastically accepted Liu Bei to meet him at Sweet Dew Temple and threatened those who dared to hurt him. She allowed the couple to leave Wu's land to respect the ancestors of her son-in-law.

Wu Guotai once again condemned Sun Quan's planning of Liu Bei's collapse, Zhang Zhao's name was sent to Sun Shangxiang under a fake letter. The content of this letter deceived Sun Shangxiang, thinking that her mother was very ill, so she persuaded her to go to see Wu with Liu Shan. Although Sun Quan's tactician hopes to use Liu Bei's child as a barter chip in Jing Province, but due to the timely intervention of Zhao Yun and Zhang Fei, only Sun Shangxiang has returned. 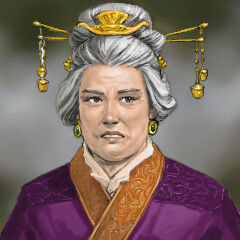 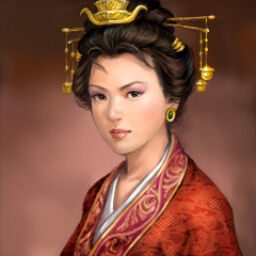 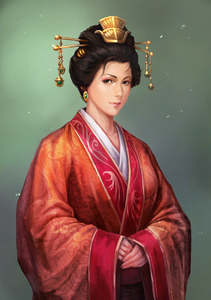 Lady Wu in Total War: Three Kingdoms.
Add a photo to this gallery

Retrieved from "https://hero.fandom.com/wiki/Wu_Guotai?oldid=2228769"
Community content is available under CC-BY-SA unless otherwise noted.