Run his casino.
Rob Caligula's Casino.
Help Madd Dogg take back his mansion from The Vagos (all succeeded).

Wu Zi Mu (Chinese: 吴梓穆，Pinyin：wú zì mù, known to his friends as "Woozie") is a character in the Grand Theft Auto series who appears as the tetiary tetartagonist in Grand Theft Auto: San Andreas.

Woozie is the blind leader of the Mountain Cloud Boys Triads and a close friend of Carl Johnson based in San Fierro's Chinatown and in Las Venturas, where he owns the newly opened The Four Dragons Casino. He was voiced by James Yaegashi.

Wu Zi Mu and his triads have spread across San Andreas. In Las Venturas, Woozie aids Carl plot a robbery at Caligula's Palace, as well as participating in the robbery himself.Woozie is nicknamed "The Lucky Mole" because he is blessed with good fortune, most notably from his capability to compete in a car race and beating Carl in a round of video games, all despite his blindness.

There are, however, humorous occasions when he runs into walls, as well as indications that his cohorts manipulate the outcome of games played with Woozie so that he would always win. For example, in one game he plays against Carl, Woozie keeps asking for cards until he finally stands with a 47 (later calling Carl "bad luck"). Another time, while practicing putting, his henchmen move the target cup into the path of Woozie's ball and out of the path of CJ's. Woozie is also incapable of swimming, since his other working senses are ineffective underwater. Though Woozie can be just as brutal and foul-mouthed as a Grove Street Families gang member when angered, he is by all accounts a peaceful and, within the realm of criminals, an honorable man. He is one whom power has not tainted, and as such, Woozie remains a faithful and trustworthy friend, accomplice, and informant to Carl to the end of the game.

Six years later in Grand Theft Auto: Liberty City Stories, it is indicated that Woozie's ventures in Las Venturas are a huge success and by that time, The Four Dragons Casino is the location of many entertainment venues, concerts and important events. Woozie isn't seen again. But it can certainly be seen that Woozie is still alive and well by the end of the GTA SA story arc, continuing with the running of the triads in San Fierro and the Four Dragons Casino in Las Venturas, as Kendl recommends they go to Las Venturas and "Roll some dice with Woozie" during their celebration of Madd Dogg's first gold record with CJ as manager and victory over Tenpenny. 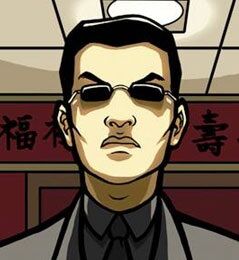 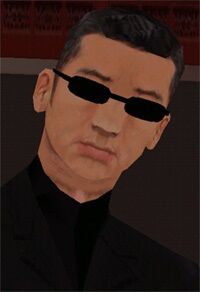 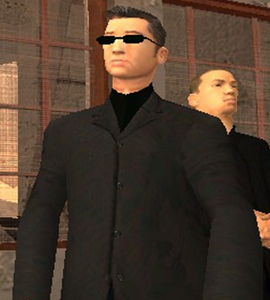 Retrieved from "https://hero.fandom.com/wiki/Wu_Zi_Mu?oldid=2164780"
Community content is available under CC-BY-SA unless otherwise noted.