Leader of the Heavens gang

Spending time with Ryo and his friends.
Gambling.
Stealing.

He first appears as an antagonist in Shenmue II and is a dangerous thief who is selfish and obsessed with money, but develops into the deuteragonist of the game, and becomes less selfish and more heroic, and helps the protagonist Ryo Hazuki on many occasions. He helps Ryo rescue Yuanda Zhu and defeat the Yellow Head gang. At the end of the game, Ryo meets Shenhua Ling, who then becomes the deurotagonist of Shenmue III. Ryo reunites with Ren in this game and Ren becomes the tritagonist of the game, and helps Ryo and Shenhua.

Ryo first contacted Ren after being told to find him, because Ren knew where Yuanda Zhu was. After giving him $500, Ren agreed to meet Ryo, although he used a knife to find him, however, Ryo must stop him before he suffered any harm. Seeing Ryo very seriously (if the player succeeds the Command QTE fight with him), he agreed to show him to Ryo where Yuanda Zhu is located and take him to a warehouse in the area where a certain transaction is decreasing. However, this was a setting for Ren. He found the lights and stole all the money exchanged, but let Ryo oppose the dealer himself, one of which we later learned was Yuan, the executive of the Yellow Head gang that is rivals with Ren's gang. If the player fails the Command QTE fight with Ren, this scene is skipped, and the following scene is triggered the next day, while Ryo heals from his injuries on Wong's boat that night. Thinking of this is the last time he will see him, Ren returns to Pigeon Park to meet Larry, Sam, and Cool Z is defeated by Ryo again. Ren agreed to tell him where Yuanda Zhu was, as long as he could grab him and run away.

Of course, Ryo chased and followed Ren into Lucky Plaza, which is under construction at Queen's Street. Although many attempts to slow Ryo down by kicking over debris, Ren was chased to the roof and he began to climb back to the scaffolding, thinking that Ryo would not follow. However, Ryo did and the increased weight caused the scaffolding to collapse, sending both of them to the back of the covered wagon under the ground. Right here, when they held their breath, Ren found the phoenix mirror that fell in Ryo's pocket during the fall. After hearing Ryo's story about how he followed Lan Di, he met him as a member of Chi You Men, and he became more interested in helping Ryo, thinking that there must be a lot of money tied to anything that is happening. Soon after, Ren told Ryo that Yuanda Zhu was in Kowloon and was there to meet him.

Ren and Cool Z arrived in Kowloon before Ryo, waiting for him to hide in Long Street. They went to visit Yang. He said that he had worked for Yuanda Zhu before. Once they arrived, Yang met with Zhu in the Dragon Dance Building. However, the meeting was a set-up and the two are lead to the Yellow Heads gang leader Dou Niu. Unable to escape, they were handcuffed and locked in a small room. But later on, he and Ryo are saved by Wong.

In a walled city, he helped Ryo find Zhu and fight the dangerous yellow-headed gang by collecting information, but also made full use of Ryo to do a lot of hard work. Although he thinks that Ryo will kill himself and chase Lan Di and Yellow Heads, he can find himself marking the ride anyway, and then his neck is on him. When it was revealed that the treasure was related to the mirror, he seemed to be planning to follow Ryo to Guilin. 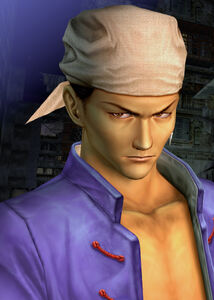 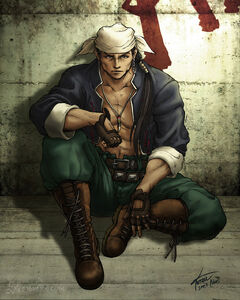 A concept art of Ren. 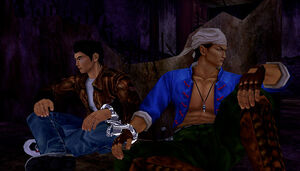 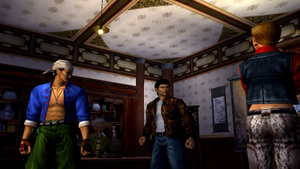 Ren and Ryo find Zhu and are confronted by Yuan. 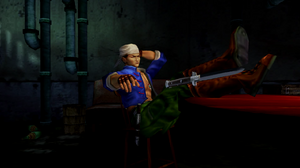 Ren throws his knife to the Guilin location on the map. 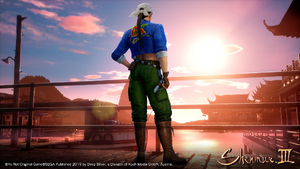 Ren as he appears in Shenmue III. 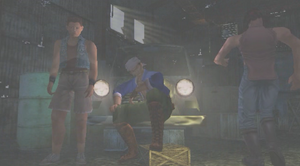 Ren with his gangs.
Add a photo to this gallery

Retrieved from "https://hero.fandom.com/wiki/Wuying_Ren?oldid=2304264"
Community content is available under CC-BY-SA unless otherwise noted.