NOTE: This article is about the incarnation of X-23 from the X-Men film series. The mainstream version can be found here: X-23.

Defeat Zander Rice and The Reavers (succeeded).
Kill X-24 for killing her father (succeeded).
Save the world from evil threats.

X-23 (real name Laura) is the daughter of Logan/Wolverine with similar powers and the deuteragonist of the 2017 film Logan.

She is portrayed by Dafne Keen, who also played Lyra Belacqua "Silvertongue".

X-23 (officially designated as X23-23) is a mutant, artificially created by the Transigen Project to use as a soldier. Her biological father was Logan, having been created with genetic DNA samples acquired by the Alkali Lake team, and thus she shared his healing factor and retractable claws; Transigen also coated her bones with adamantium. When the X-23 project was deemed a failure after the success of the X-24 project, X-23 was spirited away from Transigen by her nurse, Gabriella Lopez, who had named her Laura. Gabriella wanted to get her to North Dakota to the mutant haven known as Eden, and tried to get Logan to help them.

After Gabriella was killed by the Reavers, X-23 ended up in the company of Logan and Charles Xavier on the run. As they headed north, they were constantly dogged by the Reavers and also X-24, which resulted in Xavier's death. Alone with Logan, the pair headed for North Dakota – X-23 because she believed that Eden existed, and Logan to prove that it did not. Arriving, they found a small group of children led by Rictor.

Along with the other children, X-23 headed north to cross the border into Canada. They were followed by the Reavers and Dr. Zander Rice. X-23 fought alongside Logan to protect the others, managing to kill Dr. Zander and the other Reavers. When X-24 mortally wounded Logan, X-23 killed him by shooting him with an adamantium bullet through the head. She comforted Logan as he died, then buried him. As a final testament to him, she removed the cross marking his grave and turned it on its side, creating an "X".

Laura has no knowledge of the outside world, or how it works. This is because she was isolated by Transigen for her whole life. As a result of this, Laura doesn't know much about how the world works and how to act around people she doesn't know.

Laura has many of the behavioural traits that her father had. She's easily angered, and resorts to violence whenever she doesn't get her way - as seen when she flips the store clerk on to the ground and nearly stabs him just because he took away her snacks; as well as the time she punched Logan in the face when he told her that he couldn't get her to North Dakota and told her that Eden didn't exist. Though it isn't her fault, since she was engineered and taught to fight and to be a soldier.

Even though she does have some anger issues, Laura exhibits kindness and selflessness. Some examples of this, is when she shielded Charles from being shot while escaping the Reavers for the first time. She also silently tried to comfort Logan after Charles's death, by putting a comforting hand on his wrist.

Laura is very mature for her age, as she was forced to grow up too quickly by Transigen, in order to be a soldier in their army of mutants. She seems to understand that Logan wanted to die, and that he is being slowly poisoned by the adamantium on his bones. In the end, even though Laura and Logan hadn't always gotten along, Laura was visibly upset at Logan's death. She had come to see him as her father, as someone who knows what it's like to be experimented on and used. She even, as Logan laid dying, called him "daddy", and refused to leave his side as he took his last breath.

X-23 was at Alkali Lake to find out about her past. She was looking for Colonel William Stryker when the X-Men came. She thought they were bad people and she attacked them. There she fought Wolverine, Colossus, Nightcrawler and Iceman. She was defeated and said she was going to try and find answers. 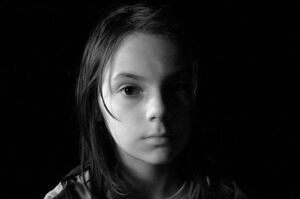 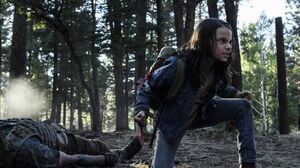 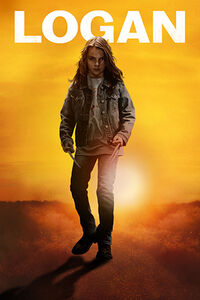 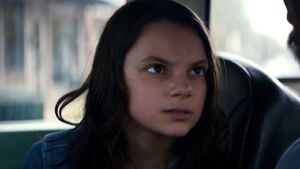