The X-Force is a team assembled by Deadpool with the purpose of protecting a young mutant by the name of Russell from Cable. They appeared as main protagonists in Deadpool 2.

Feeling guilty over abandoning young mutant Russell Collins in the Ice Box, Deadpool decided to recruit help in order to rescue the boy, especially due to the threat of the time traveler Cable plotting to assassinate the child. To that end, Deadpool and Weasel held tryouts for mutants as potential members for their rescue team.

Deadpool and Weasel organizes a team of other mutants, consisting of Domino, Bedlam, Shatterstar, Zeitgeist, Vanisher, and Peter (a normal human).

The new team was give the name X-Force by Deadpool, because he always considered the X-Men being gender exclusive, something which Deadpool wished to avoid.

They intended to land on top of the convoy by parachute, but unfortunately due to strong air currents the majority of X-Force were blown out of trajectory and as a result died in horrific ways: Vanisher being electrocuted to death by high-voltage electric wires with his corpse bursting into flames as it hit the street, Shatterstar gets caught in the propeller of a news helicopter and got severed into pieces, while Zeitgeist falls legs first into a wood-chipper, also being torn to pieces.

Although Peter does manage to land safely on his feet he, in turn, dies after being vomited on by Zeitgeist, whom Peter was trying to rescue at the time. The only members who can still continue the mission are Deadpool and Domino, with Deadpool landing on top of a billboard and Domino using her probability manipulation to influence events in her favor, such as several cars crashing into each other, but missing her. As the only members still alive out of the team, Deadpool and Domino failed to rescue Russell from the convoy.

However, the remaining X-Force members succeeded in stopping the boy from turning evil after joining forces with X-Men members Colossus, Negasonic Teenage Warhead, Yukio and a reluctant Cable, who only agreed after Deadpool convinced him that Russell could be saved from his own anger. Deadpool is shot to death by Cable, with Deadpool having intentionally worn a collar which disrupted his healing factor from healing the fatal injury. Russell resolves to ending his anger-fueled rampage after having seen Deadpool taking the bullet intended for him. But Cable decides to use the last of his time machines charge to travel back in time, just before their mission started, and ensures that Deadpool is shielded from the bullet, thus saving both Russell from becoming a mass murderer as well as Deadpool's life.

With the help of Cable's time traveling device, Deadpool goes back in time at the moment of X-Force's untimely demise and warns Peter to back away from Zeitgeist, thus saving Peter. 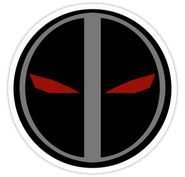