Defeat Meden Traore and the Oros Phlox, Defeat Saya and her group, Get back to his world (Project X Zone)

Xiaomu is the main female protagonist of the Japan-exclusive video game, Namco X Capcom. Like her partner, Reiji Arisu, she also appears in the Super Robot Wars spinoff series, Super Robot Taisen OG Saga: Endless Frontier as one of the main protagonists, as well as Project X Zone and its sequel Project X Zone 2.

She is voiced by Omi Minami.

Xiaomu is a member of the secret organization Shinra, which investigates disturbances in space and time called "fluxes". She is a 765-year old Sage Fox (仙狐 Senko, a fox spirit that becomes a Tenko (天狐) when it is over 1000-year old.), but despite her age, she is somewhat flighty and immature. Her free-wheeling spirit and licentious tongue are a counterpoint to the stoic nature of Reiji, but the two of them are fast friends and trusted partners. Xiaomu mainly fights using a mystic sword and magical attacks, but she also packs twin pistols.

After the events of Namco X Capcom, Reiji and his partner Xiaomu were still chasing Saya. After Saya had escaped to the Endless Frontier, they decided to follow using the flux.

After arriving in Mirabilis castle, they had a run in with Haken and co. After Haken defeated the two, they both explained the events leading up to their battle and what both groups were after.

Reiji and Xiaomu then teamed up with Haken not only to find a way back home but to bring Saya back home with them.

Xiaomu makes an appearance in Project X Zone. She is a playable character with her partner Reiji.

A member of Shinra. Reiji's partner, she has been in the organization for (considerably) longer than he has. Although she looks like a young girl, she is actually a 765-year old "Sage Fox," a type of vulpine monster. After Reiji's father Shogo was killed in the course of a Shinra mission, she taught Reiji how to fight in his place. During combat she uses a swordstick called "Suiren" and two pistols called "Silver" and "Platinum." She also uses various mystical arts, talismans, divination and even professional wrestling. Always cheerful, if a little cheeky. Her hobbies qualify her to be a high-level otaku who enjoys anime, comics, games, and the internet. Due to Xiaomu's age she became a victim of jokes that mocked her for ages, and when she makes jokes about them, she got threatened by Reiji who spanks her for no reason. 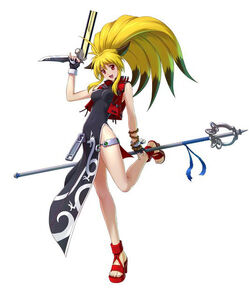 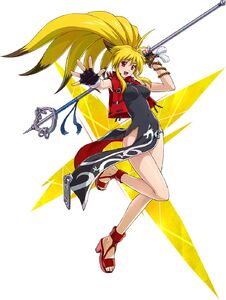 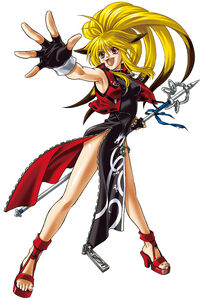 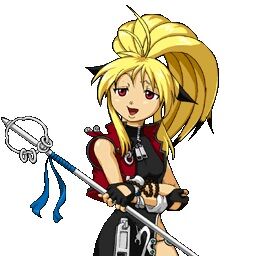 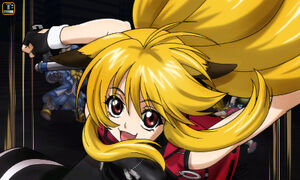 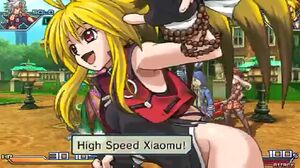