Honorable Mentor
Xiuying Hong, also known as Lishao Tao, is the tritagonist in Shenmue 2. She is a Tai Chi Martial Artist and master of the Man Mo Temple in Scarlet Hills.

Xiuying and her brother Ziming Hong were both orphaned as children because their parents were murdered. So they are stayed at an orphanage where Fangmei Xun would eventually also stay at. While they also grew up in the Thousand White Convent in the Thousand White Building in Kowloon. For that onward, Ziming was planned to join the Chi You Men, can believing that they would know who was responsible for the late parents.

Promising that he would go back as well as now behave like ones, Ziming gave Xiuying half of his Yin Yang stone, keeping the other half with him. However, Xiuying never saw Ziming again after that moment, and she fears he has fallen onto the wrong path. Xiuying's fears came to light as Ziming not only joined the Chi You Men he is also the White Tiger, one of the four leaders of the Chi You Men. Xiuying was live in the Yan Tin Apartments, and she currently lives in the Da Yuan Apartments.

After Ryo arrived in Hong Kong from Japan, Hanhui Liu, the martial arts teacher who allegedly fanciedly in order for him to learn four Wude. Actually think that the reference to Xiuying is Lishao Tao, Ryo thought he was helpful to Xiuying. Through both of them were hasten to moved books and aid else to clean up in the temple, Xiuying was inappropriate to stopped Lan Di by adjust to helps Ryo, Ryo later went to Kowloon to find Yuanda Zhu.

Ryo was tap down by Dou Niu while he fought with the enemies, Xiuying found out that Ryo had fainted, on the verge of saving him after she attacked Dou Niu. Three days later, Ryo promiscuously woke up in a church of Thousand White Building. Xiuying just told him that they are never having to forecast to go the path of evil for revenge, Ryo arranged to leave Hong Kong as she grant half Yin Yang stone to him while had a conundrum. 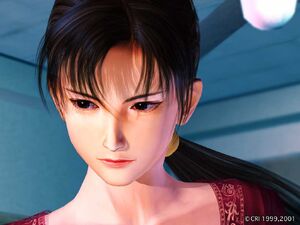 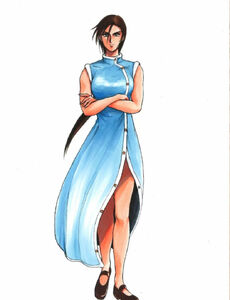 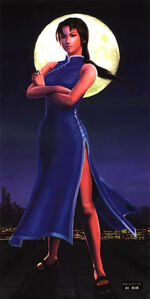 Retrieved from "https://hero.fandom.com/wiki/Xiuying_Hong?oldid=1842962"
Community content is available under CC-BY-SA unless otherwise noted.